3-May-2017 8:05 AM EDT, by Case Western Reserve University
favorite_border 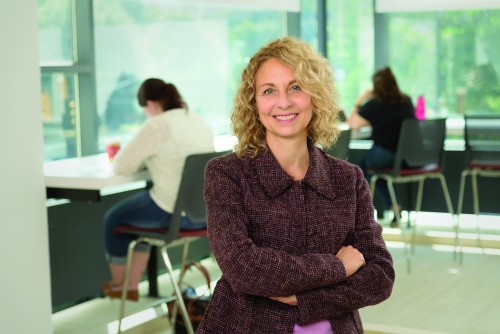 Newswise — While the crack cocaine epidemic peaked in the late 1980’s, its effects are still causing harm to an estimated 3 million teenagers and young adults exposed to the stimulant in the womb.

They are twice as likely to use tobacco and marijuana at age 15 and develop a substance use disorder at 17 than teens who weren’t exposed to the drug in utero, according to researchers at Case Western Reserve University.

These poor coping strategies are typically associated with acting out behaviors: Teens in the study were likely to break rules, fight, show aggression, steal and use drugs, tobacco and alcohol.

At 15 years old, more than 36 percent of these teens had used a drug within the past month; at 17, it was 43 percent, significantly higher than their peers who were not exposed to cocaine in utero.

“Children exposed to cocaine in the womb are more susceptible to addiction themselves because they are more likely to have trouble controlling their behaviors and emotions, which can lead to using substances more often and at earlier ages,” said Sonia Minnes, an associate professor at the Jack, Joseph and Morton Mandel School of Applied Social Sciences at Case Western Reserve.

As lead researcher of Project Newborn, a National Institutes of Health (NIH)-funded study that began in 1994, Minnes and her research team have followed babies with prenatal cocaine-exposure from birth into emerging adulthood.

While researchers are in the midst of a four-year, $2.5 million NIH grant to report on the group at age 21, the latest results come from two studies published in Drug and Alcohol Dependence that focus on the children at ages 15 and 17.

Cocaine, in any form, is toxic to a fetal brain, by restricting blood flow and altering the expression of genes, which can affect executive functioning, language and other types of development.

Many of the teens in the study were raised in chaotic caregiving environments; more than 30 percent reported maltreatment, including physical and emotional abuse and neglect.

These teens were more likely to use denial as a coping strategy and less likely to override initial impulses to calm themselves down, redirect thoughts positively or forego gratification when they also experienced childhood maltreatment.

“Prenatal cocaine exposure may predispose children to a lower threshold for activating ‘stress circuits’ and may increase their vulnerability to the harmful effects of environmental stress,” said Meeyoung O. Min, a research associate professor at the Mandel School and a researcher with Project Newborn.

Many of the mothers in the study also used other substances during pregnancy including tobacco, alcohol and marijuana.

“Given the many challenges presented to these children, they are doing better than expected as they enter adulthood,” Minnes said. “They are a testament to the benefits of providing a positive environment for a child who was put at higher risk due to drug exposure.”

Project Newborn data suggests that specialized drug use prevention programs could benefit such high-risk children as they develop. In addition, the project’s findings may provide insights into addressing similar public health crises, such as prenatal exposure to opiates.

“You want to prevent the next generation from using drugs while pregnant, and this is powerful data that helps make this case,” Minnes said. “This project helps us better understand the many factors and pitfalls facing children whose mothers used drugs.”

The papers were co-authored by Project Newborn founder Lynn Singer, a deputy provost and vice president of academic affairs at Case Western Reserve, as well as a professor of epidemiology and biostatistics, pediatrics, psychiatry and psychology at the university’s School of Medicine; additional co-authors were June-Yung Kim, Meredith Francis, Adelaide Lang, Miaoping Wu and Miyoung Yoon, all of the Mandel School. 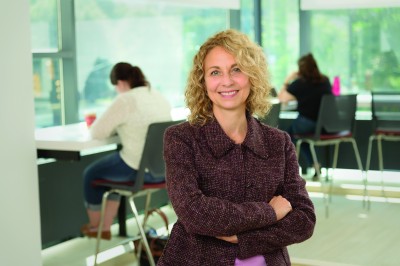