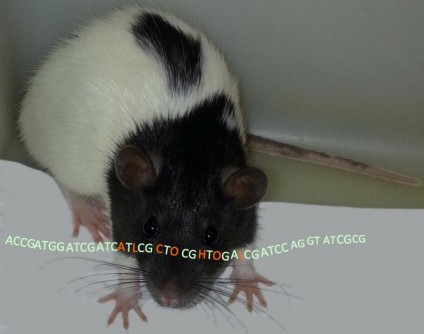 Rats bred to abuse alcohol accumulated numerous genetic differences, many of which occurred in regulatory regions of the genome.

Newswise — Rats bred to abuse alcohol accumulated numerous genetic differences, many of which occurred in regulatory regions of the genome, reports Feng C. Zhou at Indiana University in Indianapolis and William Muir at Purdue University in West Lafayette Indiana, and colleagues in a study published on August 4 in PLOS Genetics.

Genomic analyses in humans have yet to determine the genetic causes of alcoholism, due in part to confounding factors such as family drinking behaviors and varying social, economic and cultural norms. So scientists used two lines of rats--one that abuses alcohol and another that does not--each bred from the same initial population. By sequencing the rat genomes and pinpointing differences between the two lines, the scientists were able to identify 930 genetic differences associated with alcohol use.

"This research highlights that alcoholism (alcohol use disorder, or AUD) in rats has a strong genetic component and is influenced by many hundreds of genes, each with small effects. There is no single gene responsible for AUD. However, critical regulatory pathways involving several of the genes discovered were found, suggesting that potential pharmacological solutions may be possible. Prediction of risk of AUD might be possible, but will require a large number of genetic markers." Muir says.

The study results were verified in another pair of lines selected from the same initial population. They identified genes that had not previously been linked to alcoholism, including several that are involved with the formation of memories and reward behavior. Many of these genetic differences were located in non-coding sequences, such as in promoters and introns, suggesting that differences in alcohol preference are primarily due to changes in regulatory regions of the genome. This indicates that the disease is not due primarily to differences in what the genes make, but the amount they make.

This study's results confirmed previously identified alcoholism-related genes and found many new genes associated with the overuse of alcohol. The findings strengthen our understanding of the genetic basis of alcoholism, and if verified in humans, may point the way towards future genetic and neurological-based treatments for this difficult disease.

In your coverage please use this URL to provide access to the freely available article in PLOS Genetics: http://www.dx.plos.org/10.1371/journal.pgen.1006178

Funding: This work was supported by the National Institute of Health P60 AA07611 and AA016698. The funders had no role in study design, data collection and analysis, decision to publish, or preparation of the manuscript.