Study revealed increases for politically-connected private equity firms were most common in swing states and in election years.

24-Jan-2018 8:05 AM EST, by University of Arkansas, Fayetteville
favorite_border 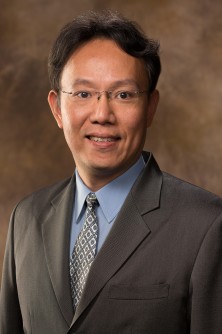 Newswise — FAYETTEVILLE, Ark. – The private equity industry has grown rapidly over the past 25 years. With this growth, private equity firms have increased their involvement in politics, which many view as controversial.

In a new study published in the Journal of Finance, a University of Arkansas finance professor and his colleague at Purdue University found that some private equity firms, despite their reputation as job destroyers, increased employment following a buyout. Most of these firms had political connections, and the jobs they created or retained after buyouts were concentrated during election years in swing states or states that the researchers identified as having “high corruption.”

“The general perception of private equity firms is they slash and burn after a buyout,” said Scott Hsu, assistant professor in the Sam M. Walton College of Business. “But we found the opposite for those firms with political connections. These firms, on average, actually created more jobs after buyouts, or at least eliminated fewer jobs, than firms with no political connections. When we dug a little deeper, we discovered that, on average, these firms tended to increase employment in election years, especially in states with greater corruption.”

Private equity is a class of assets – both securities and debt – in companies traded on a stock exchange. A private equity firm manages investments for these companies through various strategies, usually leveraged buyouts but also venture capital. As the industry has grown over the past 25 years, firms have increased their involvement in politics. Private equity and investment firms contributed $50 million to candidates during the 2014 election cycle alone, according to the website opensecrets.org.

Firms’ greater and controversial involvement in politics motivated Hsu and Mara Faccio, finance professor at Purdue University, to do the study. They found that, on average, employment at companies with political connections increased by 1.24 percent every year. Companies that were not politically connected experienced employment increases, too, but those were much more modest – an increase of only 0.33 percent annually.

To determine a possible connection between politicians and private equity firms boosting employment, Hsu and Faccio combined data from several sources. Capital IQ enabled them to identify 3,748 firms that were acquired by private equity firms between 1990 and 2012. The National Establishment Time Series database, which provides annual sales and employment data for more than 52 million U.S. companies, allowed the researchers to track employment and growth at the targeted firms and their establishments, which included 20,000 subsidiaries, manufacturing plants and branches.

“Based on the number of politically connected indiviuals representing these firms, and the firms that later had boosts in employment, we think our findings suggest a possible exchange of favors between some private equity firms and incumbent politicians,” Hsu said.