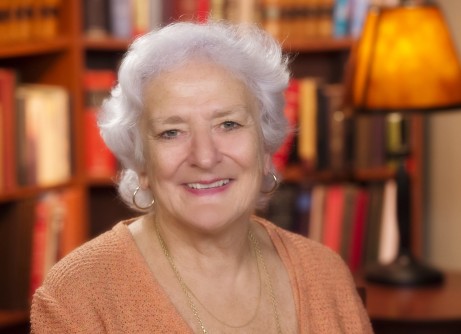 UAB researcher Suzanne Oparil, M.D., agrees with the methodologies and findings behind the PURE study, calling it a major advance in scope with the use of very careful and consistent methodology. Still, she says it does not allow for conclusions that low sodium intake causes death and cardiovascular disease outcomes.

Newswise — BIRMINGHAM, Ala. - Recent studies suggest national dietary guidelines for sodium intake are unrealistic, and that the recommended level of sodium could be associated with a higher risk of cardiac disease and mortality.

The PURE study provides new evidence about the association of sodium and potassium intake - estimated from morning urine specimens - with blood pressure, death and major cardiovascular events. The study included more than 100,000 adults from the general populations of 17 countries, providing a broad sample of people that varied greatly in socioeconomic, geographic and demographic makeup.

National guidelines for sodium intake recommend less than 2.3 grams daily for the general population and less than 1.5 grams for people with co-morbidities including cardiovascular disease, kidney disease or diabetes. But approximately 90 percent of the participants in the PURE study had either a high (greater than 5.99 grams per day) or moderate (3 to 5.99 grams per day) level of sodium excretion; approximately 10 percent excreted less than 3 grams per day, and only 4 percent had sodium excretion in the range associated with current U.S. guidelines for sodium intake (2.3 or 1.5 grams per day).

Although there was no effect of dietary sodium on blood pressure for those in the low range, there were more deaths and cases of cardiovascular disease outcomes in this group.

“Importantly, the very large PURE study provides evidence that both high and low levels of sodium intake may be associated with an increased risk of death and cardiovascular disease outcomes,” said Oparil, director of the vascular biology and hypertension program of the Division of Cardiovascular Disease in UAB’s School of Medicine. “Further, the study also showed that consuming larger amounts of potassium in the diet counterbalances the adverse affect of high sodium excretion on blood pressure and cardiovascular disease outcomes.”

Oparil also pointed out the limitation of the PURE study.

“While the PURE study is a major advance in terms of scope and the use of very careful and consistent methodology, it does not allow us to conclude that low sodium intake causes death and cardiovascular disease outcomes,” she said. “The PURE study is observational in design and does not test directly whether reducing sodium intake in a population reduces cardiovascular disease outcomes compared to a comparable population, selected at random, that consumes moderate amounts of sodium.”

To achieve this, or to establish causality, a randomized, controlled outcome trial to compare reduced sodium intake with usual diet is needed.

“In the absence of such a trial, results of the PURE study argue against reduction of dietary sodium to currently recommended levels as an isolated public health recommendation,” she said.