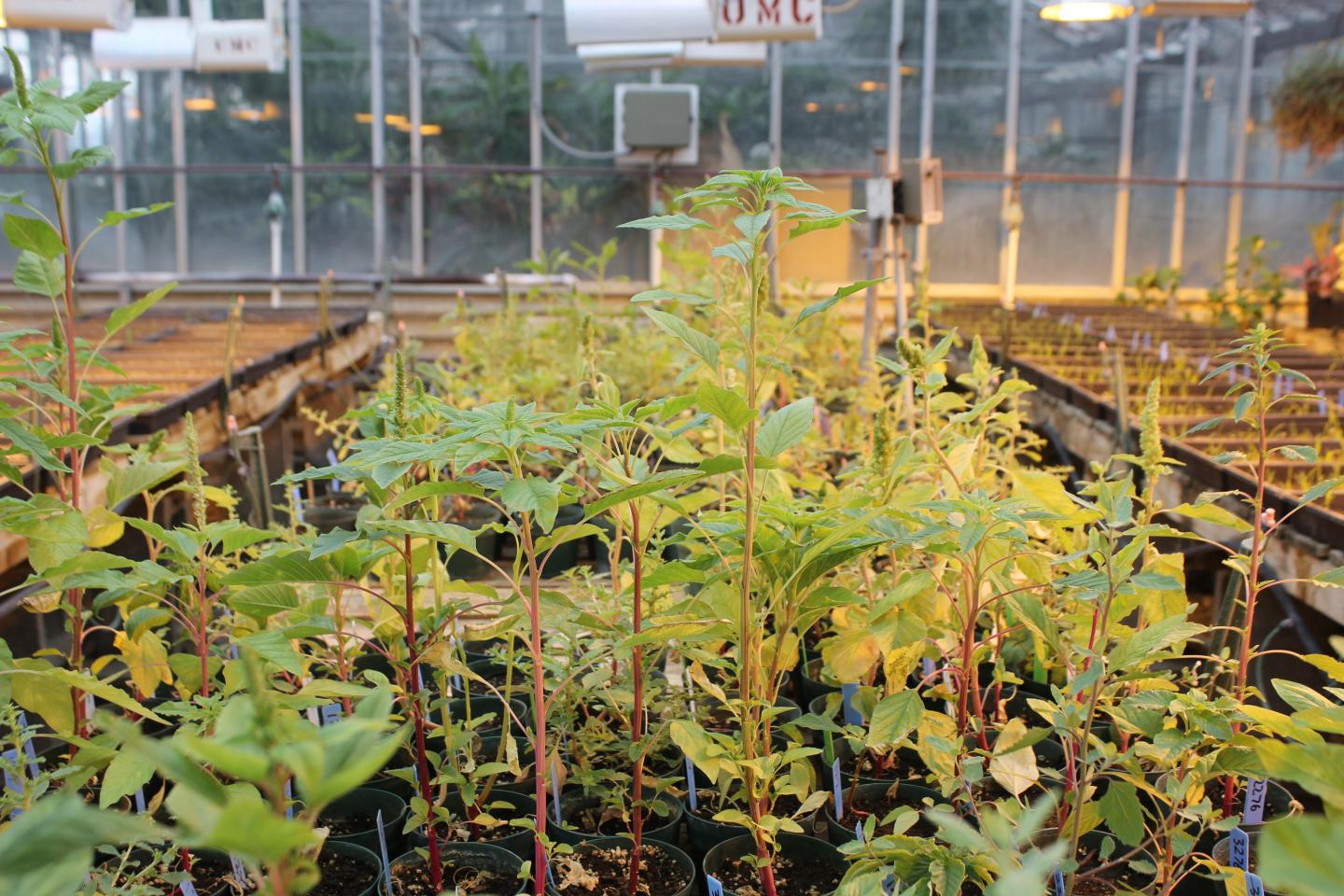 Many pigweed species (Amaranthus spp.) have been found as contaminants in commercially available bird feed mixes. Pigweeds were found at an average of 384 seeds kg-1 but reached levels as high as 6,525 seeds kg-1. This photo shows a variety of pigweed species that germinated following extraction from commercial bird feed mixes. Photo credit: Mindy Ward of Penton Media

Newswise — WESTMINSTER, Colorado - MARCH 20, 2020 - Many millions of homeowners use feeders to attract birds. But a two-year study featured in the journal Invasive Plant Science and Management suggests there may be one unintended consequence to this popular hobby. Bird feed mixtures may be helping to spread troublesome weeds that threaten agricultural crops.

"While it is difficult to estimate the precise role commercial bird feed plays, there is a distinct possibility it may be an overlooked pathway for spreading troublesome weed species into new regions," says Eric Oseland of the University of Missouri.

To mitigate the risks, researchers recommend careful weed management in crop fields designated for bird feed, as well as the use of sieving during packaging to reduce weed seed contamination. They also point to the proven effectiveness of regulatory measures adopted in Europe to limit weed seed content in bird feed.

The article "Examination of commercially available bird feed for weed seed contaminants" is available at https://www.cambridge.org/core/journals/invasive-plant-science-and-management/article/examination-of-commerciallyavailable-bird-feed-for-weed-seed-contaminants/913AB80F0AE7F5EFA2DDFEB778432091

About Invasive Plant Science and Management

Invasive Plant Science and Management is a journal of the Weed Science Society of America, a nonprofit scientific society focused on weeds and their impact on the environment. The publication focuses on invasive plant species. To learn more, visit http://www.wssa.net.