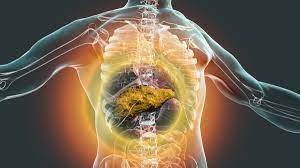 Newswise — Liver transplant priority in the U.S. goes to the sickest patients, which fails to consider other important factors, including how long patients are likely to survive post-transplant.

Their paper documenting the development and validation of the LiTES-HCC score to predict post-transplant survival for hepatocellular carcinoma, or liver cancer, patients was published in the highly respected peer-reviewed Journal of Hepatology.

The authors looked retrospectively at national registry data of more than 6,500 adult deceased donor liver transplant recipients and found the 11 variables selected for their scoring system resulted in patient prioritization based on predicted survival and survival benefit, according to the study’s lead author, David Goldberg, M.D., MSCE, associate professor of medicine in the Division of Digestive Health and Liver Diseases at the Miller School.

Dr. Goldberg is principal investigator for an ongoing National Institutes of Health grant aimed at redefining liver transplantation prioritization in the U.S.

“There are basically two large subsets of patients awaiting liver transplantation: those who have cirrhosis and complications from that, and then about 20% to 25% of transplants are for people who have liver cancer, which is a known complication of cirrhosis,” Dr. Goldberg said. “Cirrhosis is the primary risk factor for developing liver cancer. When it is caught early enough and hasn’t gotten too big, transplantation is the best treatment.”

Since the early 2000s, patients who meet certain criteria based on tumor number and size get points or priority on the wait list for liver transplant.

“Livers are in short supply for transplantation. We have over 15,000 people waiting for livers,” said Ezekiel J. Emanuel, M.D., Ph.D., vice provost for global initiatives and co-director of the  Healthcare Transformation Institute at the University of Pennsylvania, who also served as co-author and co-investigator in the study. “As we know, in these circumstances who gets priority is really a life and death matter. We have shown that there are better ways to allocate livers saving more lives.”

“For example, you could have a 75-year-old with diabetes, high blood pressure and kidney disease who has a 5 cm tumor have the same priority as someone who is 50, who has autoimmune liver disease and cancer and no other problem, even though the 50-year-old’s expected survival is quite different,” Dr. Goldberg said.

Researchers have developed other scores attempting to predict who will have better survival, but those scores have focused on tumor characteristics, including tumor size, number of tumors and blood biomarkers, and not on other health problems, such as diabetes or heart disease.

Improving on the current system is important because there is a dramatic shortage of organs for transplantation, including livers.

The NIH grant has three aims: The first is the post-transplant research in this paper. Another journal has accepted Dr. Goldberg and colleagues’ paper looking at using the score to predict survival in people without liver cancer. And now the researchers are developing a model to predict survival without a transplant.