Novel drug has been linked to increased mortality, but UC San Diego scientists find no statistically significant evidence in study comparing pimavanserin (Nuplazid) to another drug and to combination therapy 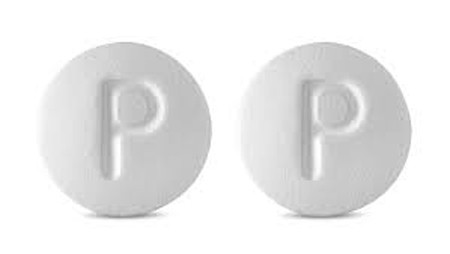 Newswise — In the wake of media and public reports about increased mortality linked to a new drug for treating Parkinson’s disease psychosis (PDP) — a symptom of the progressive nervous system disorder in which patients experience hallucinations and delusions — researchers at University of California San Diego School of Medicine conducted a retrospective study of qualifying patients in the UC San Diego Health system, concluding that the new drug, pimavanserin (marketed as Nuplazid), did not pose a statistically significant greater risk of death.

The findings are published in the September 26 online issue of Neurology.

“This paper is important because pimavanserin has been in the news, and there is considerable debate and concern about its safety,” said Fatta B. Nahab, MD, associate professor in the Department of Neurosciences at UC San Diego School of Medicine and the study’s corresponding author. “We wanted to better understand and assess the risks of using pimavanserin within our own patient community, either alone or in combination with other commonly prescribed medications.”

Parkinson’s disease (PD) is a complex neurodegenerative disorder. Symptoms generally develop slowly over years, and typically affect movement, balance and walking. However, cognitive dysfunction, such as PDP, often appears in the latter stages of the disease and is a leading contributor to patients being placed in nursing homes.

PD itself is not fatal, but it is associated with serious disease complications, making the condition the 14th leading cause of death in the United States, according to the Centers for Disease Control and Prevention.

Using anonymized medical records of 4,478 UC San Diego Health patients with a diagnosis of Parkinson’s disease, Nahab and colleagues singled out 676 cases that met the study criteria of having a PD diagnosis and being prescribed pimavanserin, quetiapine (an antipsychotic drug marketed as Seroquel) or both medications between April 29, 2016 and April 29, 2018. The Food and Drug Administration approved Nuplazid for PDP in April 2016 after designating it a “breakthrough therapy.” The expedited approval followed a single, six-week clinical trial of 199 participants. The drug is marketed by Acadia Pharmaceuticals, Inc., based in San Diego.

As the first drug approved to treat hallucinations and delusions associated with PDP, Nuplazid was immediately popular, with sales exceeding $100 million in 2017. But lingering concerns about limited clinical testing were exacerbated by reports of increased adverse effects in patients using pimavanserin, “including deaths, life-threatening incidents, falls, insomnia, nausea and fatigue,” according to an April 9, 2018 story by CNN.

In their review of the 676 qualifying patient cases, UC San Diego researchers found a lower mortality percentage for those using pimavanserin compared to those using only quetiapine or those using both drugs. “But the differences were not significant,” said Nahab.

The researchers did note a significant increased risk of mortality — 74 percent — in the quetiapine-only group compared with individuals not on these medications and a trend toward increased risk in the combination therapy group. “It’s reasonable to assume, however, that individuals requiring these medications have greater disease severity and are at a higher risk of complications and death,” said Nahab.

“Our findings provide the largest comparative report of mortality risk in PDP to date,” said Nahab, “but there were limitations to our study based on its design and nature. We did not find any new or unexpected concerns about the use of pimavanserin in the treatment of PDP, which may provide some reassurance to clinicians, patients and families. But more work is needed to better evaluate factors like disease severity and cause of death to improve our understanding of the potential risks of treating PDP.”

There was no funding for this study, and no involvement by outside parties.