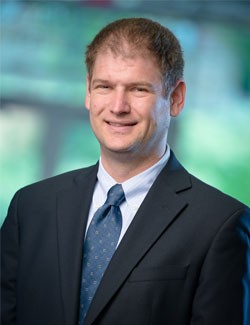 Newswise — MORGANTOWN, W.Va. – An estimated 275 fewer children were born in Flint, Michigan, while the city was using lead-contaminated water from the Flint River, according to findings by researchers from West Virginia University and the University of Kansas.

“This can only explain a small fraction of the overall change in fertility rates and we speculate that much of the results we find are likely due to an increase in miscarriages in Flint,” he said.

Flint, once part of the Detroit area’s legendary automobile manufacturing sector, has faced a major public health emergency due to lead poisoning since it temporarily changed its public water source to the Flint River in April 2014.

Although officials had seen serious health problems in Flint such as a wave of Legionnaires’ disease outbreaks in 2014 and 2015, no public warning was issued until early 2016. As a result, a number of Michigan officials now face criminal charges ranging from involuntary manslaughter to misconduct in office to obstruction of justice.

The report said that “only the city of Flint switched their water source at this time, while the rest of Michigan did not. These areas provide a natural control group for Flint in that they are economically similar areas and, with the exception of the change in water supply, followed similar trends in fertility and birth outcomes over this time period.”

Grossman’s research partner was David Slusky, assistant professor of economics at the University of Kansas. The team produced a working paper entitled “The Effect of an Increase in Lead in the Water System on Fertility and Birth Outcomes: The Case of Flint, Michigan.”

Grossman and Slusky compared birth and fetal death records from Flint and comparable cities in Michigan before and after the switch in the city’s water supply in 2014. Data compiled by the two shows that fertility rates decreased by 12 percent among Flint women and fetal death rates increased by 58 percent. The overall health of Flint children at birth decreased as well when compared with children from other Michigan cities, the study said.

“The results suggest that either Flint residents were less likely to conceive children or women were having more miscarriages during this time period,” said Grossman. “But we found no evidence of avoidance behavior. It is important to quantify the size of these fertility changes to understand the full cost of the water change on the residents of Flint. Overall, we found that approximately 275 fewer children were born in Flint than we would have expected had the city not changed its water source.”

The researchers also looked at Google Trends data and saw no increase in online searches by Flint residents related to “lead” and “lead poisoning,” which would indicate concern about the effects of lead in the water. If residents were worried about lead in the water, it could influence their behavior related to deciding to have children, Grossman said. He added that they saw no increase in such searches about lead poisoning until research on lead in Flint began coming out in September 2015.

The report reads, “During the period in which water was sourced from the Flint River (beginning on April 25, 2014), local and state officials continually reassured residents that the water was safe. Officials did not issue a lead advisory until September 2015, just a few weeks before switching off Flint River water for good.”

Flint had previously used the Flint River as its water source until 1967, switching due to concerns about historic pollution from the dwindling auto industry,” the report said.