Researchers Map Entire Genomes of Woolly Mammoths, Revealing More Clues to Cause of Extinction, Raising Possibility of Bringing Mammoths Back 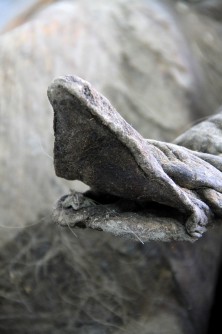 Tip of the trunk of a baby mammoth. 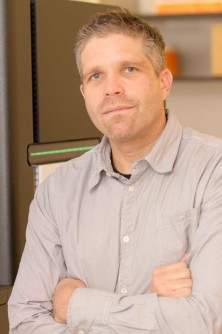 Newswise — An international team of researchers has sequenced the nearly complete genome of two Siberian woolly mammoths—revealing the most complete picture to date—including new information about the species’ evolutionary history and the conditions that led to its mass extinction at the end of the Ice Age.

“This discovery means that recreating extinct species is a much more real possibility, one we could in theory realize within decades,” says evolutionary geneticist Hendrik Poinar, director of the Ancient DNA Centre at McMaster University and a researcher at the Institute for Infectious Disease Research, the senior Canadian scientist on the project.

“With a complete genome and this kind of data, we can now begin to understand what made a mammoth a mammoth—when compared to an elephant—and some of the underlying causes of their extinction which is an exceptionally difficult and complex puzzle to solve,” he says.

While scientists have long argued that climate change and human hunting were major factors behind the mammoth’s extinction, the new data suggests multiple factors were at play over their long evolutionary history.

Researchers from McMaster, Harvard Medical School, the Swedish Museum of Natural History, Stockholm University and others produced high-quality genomes from specimens taken from the remains of two male woolly mammoths, which lived about 40,000 years apart.

One had lived in northeastern Siberia and is estimated to be nearly 45,000 years old. The other –believed to be from one of the last surviving mammoth populations—lived approximately 4,300 years ago on Russia’s Wrangel Island, located in the Arctic Ocean.

“We found that the genome from one of the world’s last mammoths displayed low genetic variation and a signature consistent with inbreeding, likely due to the small number of mammoths that managed to survive on Wrangel Island during the last 5,000 years of the species’ existence,” says Love Dalén, an associate professor of Bioinformatics and Genetics at the Swedish Museum of Natural History.

Scientists used sophisticated technology to tease bits and pieces of highly fragmented DNA from the ancient specimens, which they then used to sequence the genomes.Through careful analysis, they determined the animal populations had suffered and recovered from a significant setback roughly 250,000 to 300,000 years ago. However, say researchers, another severe decline occurred in the final days of the Ice Age, marking the end.

“The dates on these current samples suggest that when Egyptians were building pyramids, there were still mammoths living on these islands,” says Poinar. “Having this quality of data can help with our understanding of the evolutionary dynamics of elephants in general and possible efforts at de-extinction”.

The latest research is the continuation of the pioneering work Poinar and his team began in 2006, when they first mapped a partial mammoth genome, using DNA extracted from carcasses found in permafrost in the Yukon and Siberia.

The study is published online in the Cell Press journal Current Biology, 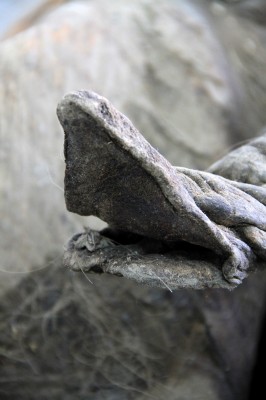 Caption: Tip of the trunk of a baby mammoth. 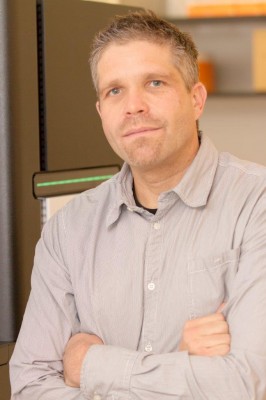