The grant will support drug discovery to reduce myocardial fibrosis, a major cause of heart failure 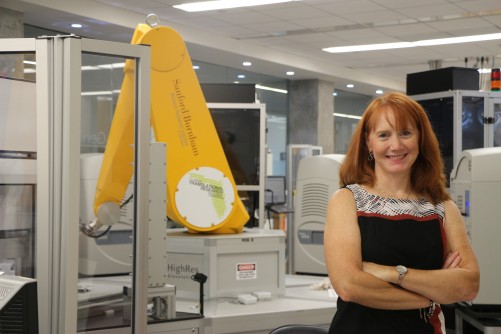 Newswise — Orlando, FL, August 09, 2017­— A team of researchers at Sanford Burnham Prebys Medical Discovery Institute (SBP) at Lake Nona, Fla. and Mayo Clinic in Rochester, Minnesota have been  awarded a three-year National Institutes of Health (NIH) grant which aims to identify molecules that could become new medicines to inhibit myocardial fibrosis. Fibrosis is a major contributor to heart failure, for which there is no known cure.

The grant, valued at $2 million over the next three years, will support research to identify, validate and refine chemical compounds that have the potential to influence the disease process using SBP’s high throughput screening platform and to functionally evaluate the compounds in human cell lines at Mayo Clinic.

“This collaboration provides Mayo scientists with industrial-scale drug discovery technologies to accelerate their biological discoveries.  Our research has the potential of markedly reducing the burden of human age-related fibrosis and diseases such as heart failure,” said Malany.

Age-related organ fibrosis is a major cause for organ failure in humans and is accelerated in heart failure—the final stage of cardiovascular aging. Effective therapeutic options are relatively non-existent to treat pathological fibrosis and heart failure—a condition that affects nearly six million Americans and is the leading cause of hospitalization in people over the age of 65. Heart failure presents a major health-economic burden valued at $30 billion in the United States.

Related aging and heart failure studies have demonstrated that a deficiency of CNP, the pGC-B activator, resulted in elevated cardiac fibrosis and dysfunction, suggesting that enhancing the pGC-B receptor system represents an unprecedented therapeutic opportunity for fibrotic disease. To date, there are no small molecule drugs in existence to activate the pGC-B receptor. This grant, the second NIH award to the SBP:Mayo team, will allow them to extend their studies to identify molecular enhancers with anti-fibrotic properties.

The SBP:Mayo research is considered to be of high clinical impact as small molecule pGC-B enhancers, which currently do not exist, may have the potential of markedly reducing the burden of human age-related fibrosis and disease such as heart failure.