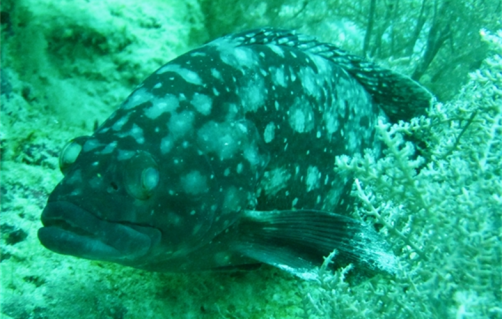 Newswise — Marine scientists from the University of Queensland, WCS (Wildlife Conservation Society) and other groups have developed a methodology to assess fish stocks that combines new data with archeological and historical records – some dating back to the 8th Century AD. In a study conducted in along the coast of Kenya, the researchers reconstructed species’ occurrences by combining modern underwater transect surveys and catch assessments with historical records that included observations from 18th century naturalists and data from archaeological sites including ancient middens dating back more than a thousand years.

Their analysis provided a more accurate assessment, finding that some species previously thought to be “Least Concern,” “Unevaluated,” or “Data Deficient” on the IUCN’s Red List of Threatened Species were actually threatened with local extinction. These included species of groupers, trevallies, rubberlips, and other fish. Further, the historical data identified species that were previously exploited in the region and most likely locally extinct.

The authors say their new method is inexpensive and could be important in filling in knowledge gaps in species extinction assessments.

Their findings are described in the latest issue of the journal PLOS ONE.