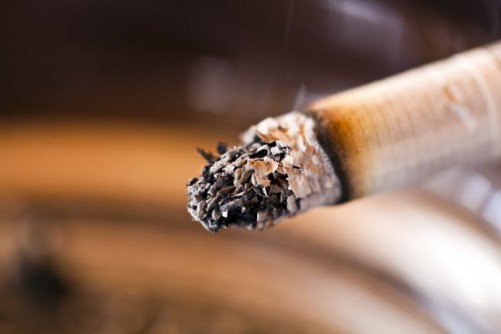 Newswise — WASHINGTON — In the first successful randomized trial of its kind, researchers have provided preliminary evidence that telephone-based smoking cessation counseling given to smokers shortly after undergoing lung cancer screening can be effective at helping people stop smoking.

“We found that at this teachable moment — a time when smokers are thinking about their health and may be ready to make a change — offering help makes a difference, and may help save lives,” says the study’s lead researcher, Kathryn L. Taylor, PhD, a behavioral scientist and a professor of oncology at Georgetown Lombardi Comprehensive Cancer Center. The study published February 14 in the journal Lung Cancer, was led by researchers at Georgetown Lombardi and conducted with 92 participants at three centers — MedStar Georgetown University Hospital in Washington, DC, Hackensack University Medical Center in New Jersey, and Lahey Hospital and Medical Center in Massachusetts.

“Millions of current smokers are now eligible for lung cancer screening, so this setting represents an important opportunity to exert a large public health impact on cessation among smokers who are at very high risk for multiple tobacco-related disorders,” she says. “This is a great way to engage smokers who have not sought out cessation help.”

These study findings were so promising that investigators have been funded through NIH to conduct a much larger study of telephone-based cessation counseling. It will enroll 1,300 patients at five medical centers nationwide.

Lung cancer screening recommendations issued in 2013 by the U.S. Preventive Services Task Force suggest that adults aged 55-80 who have smoked long enough to have accumulated a minimum of 30 pack-years (i.e., one pack per day for 30 years, or two packs per day for 15 years, etc.) should have an annual low-dose CT lung cancer screening test. The idea is to intervene early enough that disease spotted on the screening can be effectively treated. In the U.S., lung cancer is the leading cancer killer in both men and women — almost 160,000 Americans were expected to die from lung cancer in 2016, according to the American Lung Association.

Taylor points out that the NIH has said that effective smoking cessation programs should be a part of screening programs, and has funded several groups of researchers to develop effective strategies.

In this preliminary study, 92 people about to undergo lung cancer screening agreed to receive either telephone counseling or standard of care (a list of free and low-cost cessation resources). Once participants received their screening results, they were randomized to one of the two groups, each with 46 participants. Each group had an equal number of participants with abnormal screening findings, indicating possible precancerous lesions or chronic obstructive pulmonary disease (COPD). Each group also contained an equal number of participants with minor abnormalities on their screen, as well as those with normal results. None of the participants were diagnosed with lung cancer.

Participants in the telephone-counseling group were given their first session after finding out their screening results. Over the next three months, six 10-15 minute sessions were conducted. At the end of the study, a nicotine saliva test was given to participants who said they had quit in order to confirm their abstinence.

Researchers found that eight (17 percent) people in the telephone counseling group had verifiably quit, compared to two (4 percent) in the other group.

“If this preliminary study is replicated, telephone counseling has the potential to improve cessation in a setting that reaches a large number of hard-to-reach, long-term smokers who are at very high risk for multiple tobacco-related diseases,” Taylor says.

Charlotte Hagerman, who along with Taylor, offered the telephone counseling to participants, describes the counseling as “a motivational intervention. Everyone acknowledged that smoking is very harmful to their health, but some people thought it was too late to change their fate. Counseling helped them understand that it is not too late.”

Population-based studies have shown that older smokers who quit can have an increased life expectancy, Taylor says.

Hagerman says there were also a number of participants who “were ready to quit, and were very excited to receive the help we were offering. I found this very gratifying, and felt that what we were doing was important and mattered to people,” says Hagerman, who was trained as a tobacco treatment specialist for the study.

“More than 50 percent of participants said in their first interview that they were not ready to quit, yet some of these people did quit. This finding indicates that it is important to offer the cessation intervention to everyone who undergoes lung cancer screening, and not only those who are already considering quitting. This is exactly what we hope for – to be able to reach the people who are not already planning to quit on their own,” says Taylor.