Newswise — DALLAS – Feb. 8, 2021 – A new nanoparticle-based drug can boost the body’s innate immune system and make it more effective at fighting off tumors, researchers at UT Southwestern have shown. Their study, published in Nature Biomedical Engineering, is the first to successfully target the immune molecule STING with nanoparticles about one millionth the size of a soccer ball that can switch on/off immune activity in response to their physiological environment.

“Activating STING by these nanoparticles is like exerting perpetual pressure on the accelerator to ramp up the natural innate immune response to a tumor,” says study leader Jinming Gao, Ph.D., a professor in UT Southwestern’s Harold C. Simmons Comprehensive Cancer Center and a professor of otolaryngology – head and neck surgery, pharmacology, and cell biology.

For more than a decade, researchers and pharmaceutical companies have been racing to develop drugs that target STING, which stands for “stimulator of interferon genes.” The STING protein, discovered in 2008, helps mediate the body’s innate immune system – the collection of immune molecules that act as first responders when a foreign agent circulates in the body, including cancer DNA. Research has suggested that activating STING can make the innate immune system more powerful at fighting tumors or infections. However, results from earlier clinical trials involving first-generation compounds targeting STING for activation failed to demonstrate an impressive clinical effect.

“A major limitation of conventional small molecule drugs is that after injection into tumors, they are washed out from the tumor site by blood perfusion, which can reduce antitumor efficacy while causing systemic toxicities,” explains Gao.

Gao and his colleagues at UTSW discovered another approach that is different from the earlier or first-generation STING agonist approaches that utilize synthetic cyclic dinucleotide to activate STING in the body. Gao and his team aimed to design a polymer – a manmade macromolecule that can self-assemble into nanoparticles – to effectively deliver cyclic GMP-AMP (cGAMP), a natural small molecule activator of STING, to the protein target. But one polymer they synthesized, PC7A, produced an unexpected and novel effect: It activated STING even without cGAMP. The group reported the initial results in 2017, not knowing at the time exactly how PC7A worked; the polymer didn’t resemble any other drugs that activated STING.

In the new paper, Gao’s team showed that PC7A binds to a different site on the STING molecule from known drugs. Moreover, its effect on the STING protein is different. While existing drugs activate the protein over the course of about six hours, PC7A forms polyvalent condensates with STING for over 48 hours, causing a more sustained effect on STING. This longer innate immune activation, they showed, leads to a more effective T cell response against multiple solid tumors. Mice survived longer and had slower tumor growth when they received a combination of PC7A and cGAMP, the researchers found.

The polymer also has other advantages. When circulating in the bloodstream, the polymers are present as small round nanoparticles that do not bind to STING. It’s only when those nanoparticles enter immune cells that they separate, attach to STING, and activate the immune response. That means that PC7A might be less likely to cause side effects throughout the body than other STING-targeting drugs, says Gao, although clinical trials will be needed to prove that.

Because PC7A binds to a different site of the STING molecule, the compound might work in patients for whom typical STING-targeting drugs do not. Up to 20 percent of people have inherited a slightly different gene for STING; the variant makes the STING protein resistant to several cyclic dinucleotide drugs. Gao and his team demonstrated that PC7A can still activate cells that express these STING variants.

“There’s been a lot of excitement about therapies that target STING and the potential role these compounds could play in expanding the benefits of immunotherapies for cancer patients,” says Gao. “We believe that our new nanotechnology approach offers a way to activate STING without some of the limitations we’ve seen with earlier STING agonist drugs in development.”

This research was supported by funds from the National Institutes of Health (U54 CA244719) and Mendelson-Young Endowment for Cancer Therapeutics. 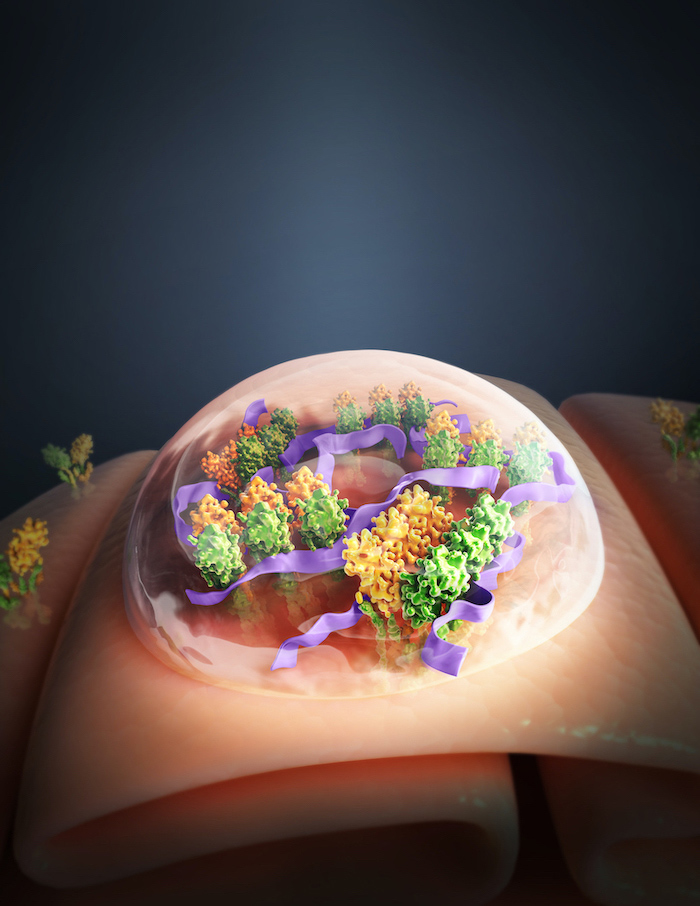 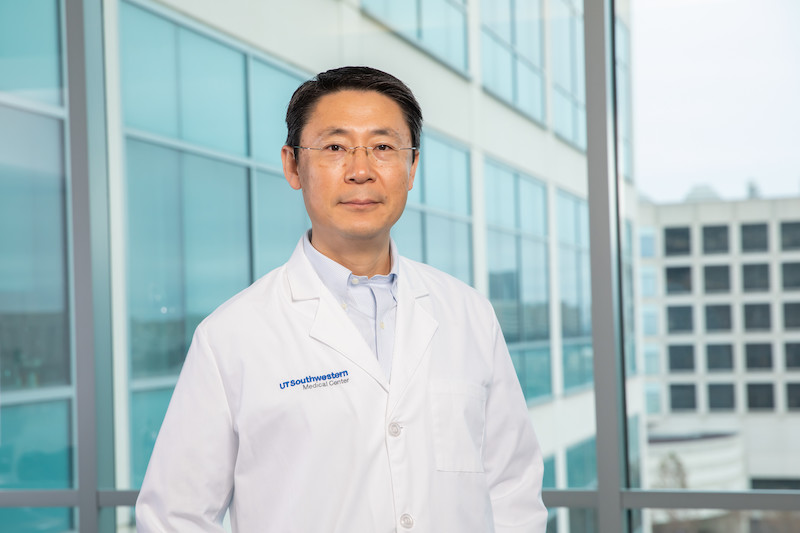