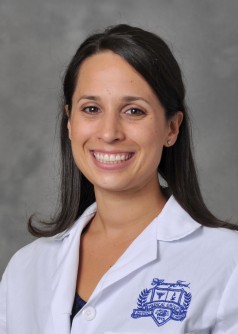 Newswise — DETROIT – A doctor’s recommendation and a patient’s race may influence flu vaccination rates, according to researchers at Henry Ford Hospital in Detroit.

Additionally, vaccination rates were four times higher among patients who believed vaccination protected them than those who thought otherwise.

Adverse reactions to vaccination like soreness at the injection site or fever did not significantly affect vaccination rates, researchers say.

The study will be presented at the annual meeting of the American Academy of Allergy, Asthma & Immunology in Houston.

“What our findings show is that we need to improve our communications between physicians and patients about the benefits of the flu vaccination,” says Melissa Skupin, M.D., a Henry Ford fellow and the study’s lead author.

“Our study showed the benefit of physicians who take a proactive approach in recommending vaccination to their patients. At the same time, we need to re-think our strategy for addressing the perceptions and myths associated with vaccination. The misinformation out there is pervasive.”

For their study, researchers sought to identify factors associated with receiving vaccination and how to improve vaccination rates. They distributed a voluntary, anonymous survey at six Henry Ford Internal Medicine and Allergy clinics in metro Detroit between April and August 2013. The 10-question survey asked patients 18 and older if they received a flu vaccination the previous year, their perceptions of vaccination and demographic information.

The study was funded by Henry Ford Hospital.

annual meeting of the American Academy of Allergy, Asthma & Immunology