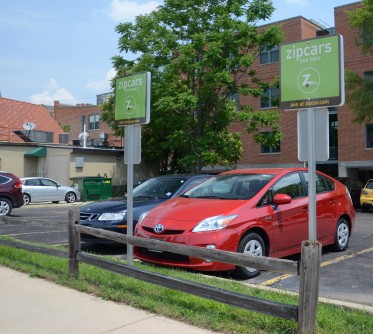 A new study from DePaul University finds that car sharing companies, including Zipcar, are heavily taxed, which may be deterring drivers from buying memberships.

Newswise — CHICAGO — Hefty taxes on car-sharing services, such as Zipcar, may be stopping some drivers from getting behind the wheel. Researchers at DePaul University found that car rental taxes originally aimed at tourists and business travelers are hurting the car-sharing sector.

The new study, “When Sharing is Taxing: Comparing Tax Burdens on Car Sharing in Major U.S. Cities,” details how taxes on car sharing have spiked nationwide. Competition from ride-sharing services, such as Uber and Lyft, are also blamed for the downturn in car-sharing memberships.

“The tax burden facing people who car share is a case of unintended consequences," said Joseph Schwieterman, lead researcher and director of the Chaddick Institute for Metropolitan Development at DePaul University. “No one expected that these taxes, which were added years ago to car rentals, would suddenly apply to thousands of people who merely want to use a car for a quick neighborhood trip."

The study can be found at http://bit.ly/chaddickresearch.