Only a minority are saving, shopping around, or talking to providers about costs, and even when they do, they don’t always get help 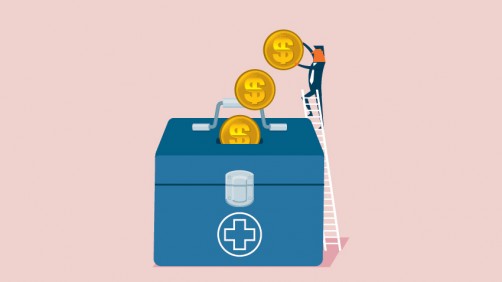 High-deductible health plans often are linked to health savings accounts - but the new study finds many who have such plans aren't actually saving money for future medical expenses.

Newswise — ANN ARBOR, Mich. -- More and more Americans have health insurance that requires them to open their wallets for the first few thousand dollars’ worth of care they receive every year, before the insurance coverage kicks in.

But a new study suggests that despite the rise in these high-deductible health plans (HDHPs), most Americans who have them aren’t saving, shopping around for better prices, talking to their doctors about costs, or making other consumer-type moves.

And even when they do, they only get help about half the time, according to the new study published in JAMA Internal Medicine by a team from the University of Michigan Institute for Healthcare Policy and Innovation.

“Most Americans in HDHPs are not doing things that can help them get the care they need at the lowest possible cost, and even those who are doing so could realize more benefits,” says lead author Jeffrey Kullgren, M.D., M.S., M.P.H., an assistant professor of general medicine at U-M.

Consumer-oriented plans, but not consumer-y behavior

The study, based on a national poll of 1,637 adults under age 65 who had HDHPs for at least a year, provides new insight into the behavior of people with a type of insurance that many employers have turned to in an effort to reduce their own health care costs.

More than 40 percent of American adults have an HDHP, according to the Centers for Disease Control and Prevention. The plans, which require individuals to pay at least the first $1,300 of their own costs, and families the first $2,600, often are offered with a tax-protected health savings account to help people stash away money to pay for their future care needs.

The vast majority of the poll’s participants got their HDHPs through an employer, although such plans can also be bought on the Affordable Care Act individual insurance exchanges and directly from insurers. Some policymakers have championed the plans as a way of giving patients “skin in the game” when it comes to their health care costs.

Employers often encourage people enrolling in HDHPs to put away money for when they need it, to research costs and quality ratings at different providers and health care facilities, to talk with their doctors and other providers about costs, and to negotiate prices for services they need.

Key findings from the study include:

The poll asked those who had engaged in consumer behaviors more questions about what they had done and what had resulted. Key findings include:

Also, health care facilities could make prices available at the point of care so that patients and providers can talk about cost. And employers that offer HDHPs could offer more than just price information to help employees learn how to use this information in their decision-making.

Kullgren notes that other research has shown that people in HDHPs often use less health care than people with other types of insurance – but that they use less of the care that might be most effective for them, as well as less-effective care that they probably don’t need.

He and his colleagues are studying what tools, interventions and policies can be used to help encourage more consumer-like behavior among people in HDHPs, and what people say actually helps them use this form of insurance wisely. Using research on health-related behavior, and the value of particular types of care for patients with specific conditions, they hope to go beyond information and education.

“Given the continued growth in these plans, we have to figure out how to better help consumers,” Kullgren says. “And if we only focus on the consumer side, we circumvent the role of doctors and other providers as an agent for the patient – we shouldn’t expect patients to be their own doctors.”

The study was supported by the Robert Wood Johnson Foundation.