Changes in coronary angioplasty could save $300 million annually 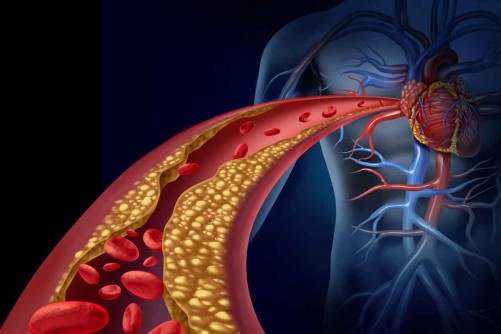 Coronary angioplasty is a procedure in which blocked or narrowed arteries are opened for blood flow. A new study from Washington University School of Medicine in St. Louis indicates that entering the coronary arteries through the wrist instead of the groin can improve patient care and reduce costs.

Newswise — Hospitals can improve patient care and reduce costs associated with coronary angioplasty if cardiologists perform more of these procedures through an artery in the wrist and if they take steps to discharge such patients on the same day, according to a new study led by Washington University School of Medicine in St. Louis.

Coronary angioplasty is a procedure in which arteries are opened to increase blood flow to the heart.

The research, published Feb. 20 in JACC: Cardiovascular Interventions, suggests that the lower costs of the wrist approach largely are due to the fact that patients experience fewer complications and can be discharged earlier, compared with procedures that access the heart through the larger, deeper artery in the groin. The researchers estimated that shifting standard practice by 30 percent to the wrist approach, along with same-day discharge, could save the United States $300 million per year.

“We have unequivocal evidence and data that show better outcomes when we access the heart’s coronary arteries and perform angioplasty through a blood vessel in the wrist rather than through the femoral artery in the groin,” said first author Amit P. Amin, MD, an assistant professor of medicine. “The femoral artery is the traditional route, but when we go in through a vessel in the wrist, we see less bleeding, fewer complications, less pain and discomfort, higher patient satisfaction, shorter hospital stays, and lower costs.”

Patients may undergo coronary angioplasty — also called percutaneous coronary intervention (PCI) — to alleviate chest pain or shortness of breath. Such symptoms suggest the coronary arteries that deliver blood to the heart are blocked or narrowed and oxygen delivery to the heart muscle is reduced. Interventional cardiologists insert a small tube into an artery in the wrist or the groin, which can be used to view the narrowed heart artery, deliver an inflatable balloon to open up the narrowed section, and possibly deliver a stent to hold the vessel open.

Using the National Cardiovascular Data Registry CathPCI Registry, the researchers analyzed data from almost 280,000 Medicare patients who underwent PCI and were eligible for same-day discharge. Despite the fact that all of these patients were capable of leaving the hospital the same day as their procedures, only about 5 percent of these patients actually were discharged without having stayed overnight.

“We have seen that it is very safe to send these patients home the same day,” said Amin, who treats patients at Barnes-Jewish Hospital. “We use risk-prediction models to predict their risks ahead of time, and we plan ahead to mitigate any issues so we can facilitate a same-day discharge. This is really about patient care. We want to outline health-care pathways that provide the best care for patients.”

The investigators estimated that if a hospital performing 1,000 of these procedures annually shifted 30 percent of these patients to the wrist-access with same-day discharge approach, the hospital would save $1 million over that period. Expanding that practice to hospitals nationwide might save the United States $300 million in health-care spending per year. Health-care costs for the 600,000 patients who receive PCI each year in the U.S. are estimated to be $10 billion.

Of the study’s patient population receiving PCI, 9 percent received the procedure in which doctors used wrist access. According to Amin, improved technology has allowed wrist access to become a viable route to the coronary arteries, even for complex cases, and should be considered for more patients.

“The traditional way has been to go through the bigger femoral artery that is a straight pathway to the heart,” Amin said. “Unfortunately, that artery is also deep. It’s associated with more bleeding complications. In contrast, the wrist artery is small and is associated with fewer complications. The minor challenge is in the difficulty of navigating a smaller, more twisting path of an artery through the wrist. But with advances we have in technology and equipment, those challenges are rapidly decreasing.”