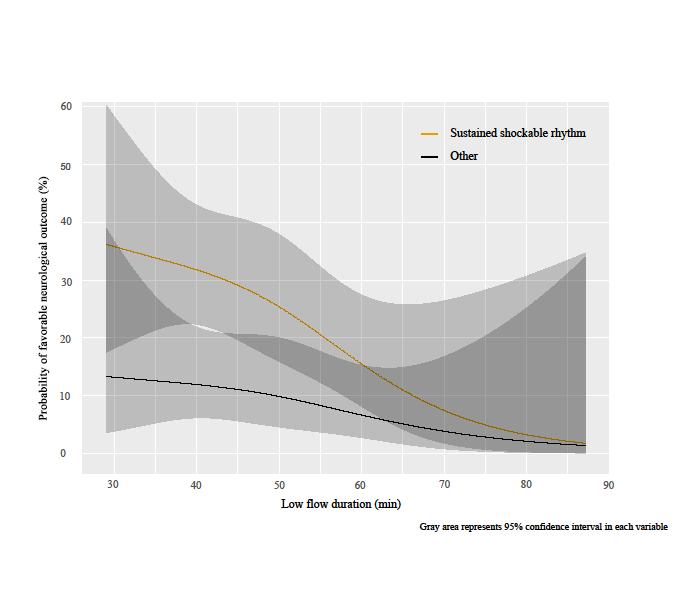 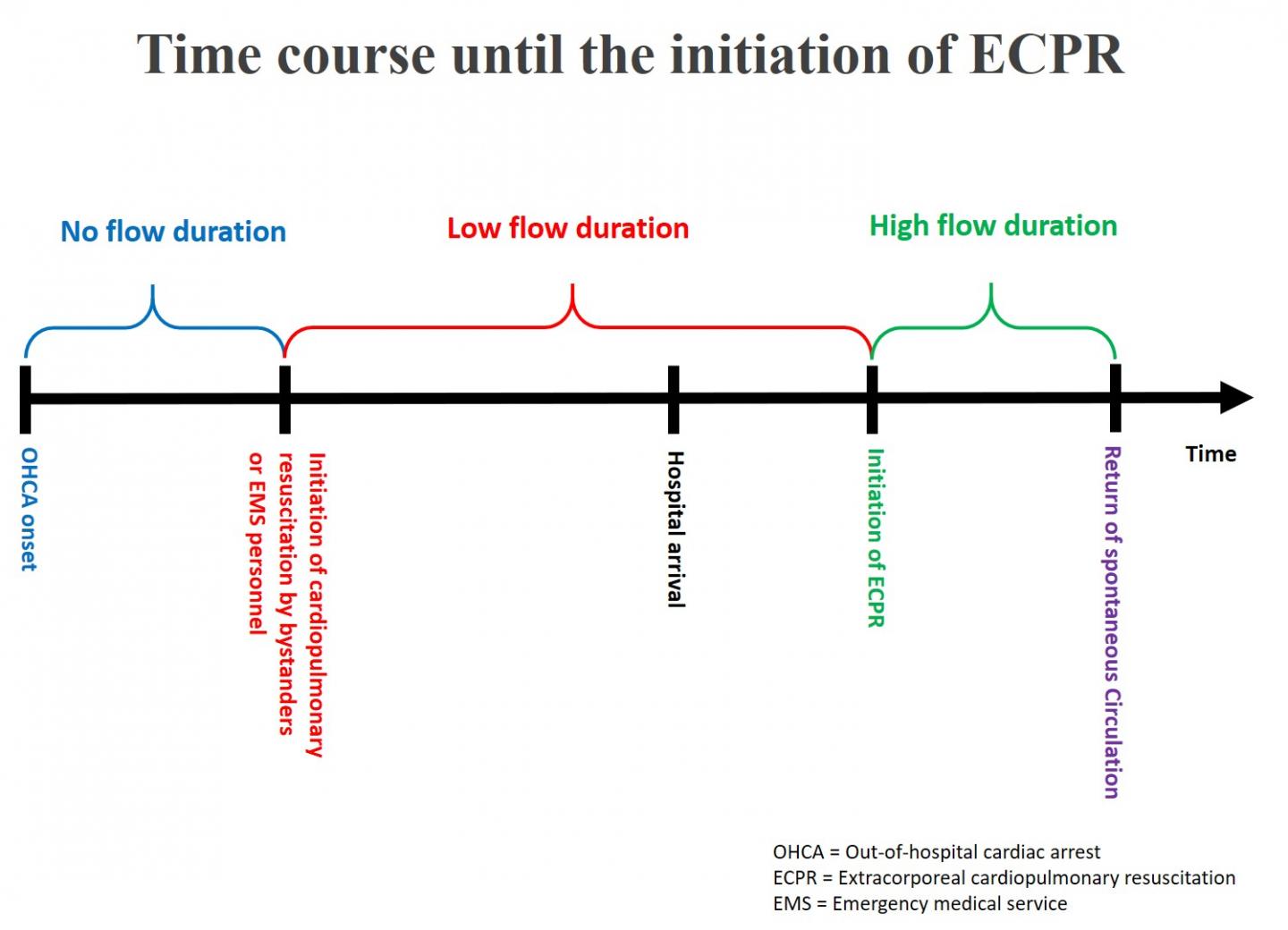 Time course until the initiation of ECPR

Newswise — Osaka, Japan - People who suffer cardiac arrest usually have low likelihood of survival, especially if it happens out of the hospital. Those who do survive can have neurological damage due to the lack of oxygen-rich blood reaching their brain. Cardiopulmonary resuscitation (CPR) can help maintain this blood flow, but it's not always successful. Extracorporeal CPR (ECPR) may be an option, but it can be costly and it's not always clear which patients it will benefit.

Now, Osaka University-led research may have uncovered how to more effectively use ECPR for better outcomes. The researchers reported their findings in the journal, Circulation.

"Standard CPR uses chest compressions to manually stimulate blood flow to vital organs, which can help limit long-term neurological damage," explains Tasuku Matsuyama, the study's lead author. "With ECPR, blood is removed from a vein and oxygenated blood is pumped into an artery. This is a more effective way to maintain tissue function until normal heart rhythms can be restored."

Right now, however, there is little evidence-based guidance on which patients will show the most neurological benefit from ECPR.

The researchers sought this evidence through a multicenter clinical study of people who had suffered out-of-hospital cardiac arrest (OHCA). In what was called the CRITICAL study, the aim was to understand the factors that predict post-ECPR outcomes.

"We aimed to see whether low-flow duration -- the length of time from when a patient is given standard CPR to when they receive ECPR -- impacts the neurological outcome for OHCA patients," says Taro Irisawa, who led CRITICAL. "We also wanted to understand if there were any differences in ECPR benefit for patients with certain types of heart rhythm that respond to defibrillation."

The researchers prospectively followed 256 OHCA patients at 14 hospitals in Osaka. These patients had initially been given CPR either by bystanders or EMS personnel before receiving ECPR and in-hospital treatment.

"Our study strongly indicates that reducing the time to ECPR can significantly improve the likelihood of OHCA patients preserving their neurological function, especially those who respond to defibrillation," Irisawa concludes. "We expect that our findings in the CRITICAL study can inform future revisions to international CPR guidelines. This will improve outcomes for these patients."

The article, "Impact of low-flow duration on favorable neurological outcomes of extracorporeal cardiopulmonary resuscitation after out-of-hospital cardiac arrest: A multicenter prospective study" was published in Circulation at DOI: https://doi.org/10.1161/CIRCULATIONAHA.119.044285

Osaka University was founded in 1931 as one of the seven imperial universities of Japan and now has expanded to one of Japan's leading comprehensive universities. The University has now embarked on open research revolution from a position as Japan's most innovative university and among the most innovative institutions in the world according to Reuters 2015 Top 100 Innovative Universities and the Nature Index Innovation 2017. The university's ability to innovate from the stage of fundamental research through the creation of useful technology with economic impact stems from its broad disciplinary spectrum.

Caption: Probability of favorable neurological outcome by low flow duration of ECPR according to the documented cardiac rhythm during CPR

Caption: Time course until the initiation of ECPR