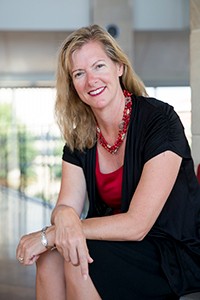 Fireworks are synonymous with the Fourth of July. The colorful displays, which contain combustible chemicals, are expected to explode shortly after they’re ignited, but sometimes that doesn’t happen and the result can be dangerous. Michelle Pantoya, a professor in the Department of Mechanical Engineering at Texas Tech University, studies the different ways to ignite a mixture, how sensitive to ignition that mixture may be and how energy is released afterward. She explains what happens when a firework fails to detonate and offers tips on what to do if you encounter a faulty firework.

TWO THINGS TEXAS TECH PROFESSOR “MICHELLE PANTOYA” RECOMMENDS YOU HAVE ON HAND FOR YOUR FOURTH OF JULY FESTIVITIES—IF FIREWORKS ARE PART OF THE PLAN.

BUT YOU ALSO SHOULD BE ON THE LOOK-OUT FOR FAULTY FIREWORKS—OR DUDS… WHICH DON’T FIRE AFTER THEY’RE LIT.

“PANTOYA” SAYS THERE ARE MANY REASONS WHY A FIREWORK MIGHT FAIL… BUT IF IT HAPPENS TO YOU—DON’T TRY TO RE-LIGHT IT.

“My suggestion is just not handle duds because you never know if there’s still enough of an ember burning somewhere that you can’t see that could ignite it when you’re actually going to touch it.”

BY THE WAY, IF YOU HAVE FIREWORKS LEFTOVER FROM LAST YEAR… “PANTOYA” SAYS THEY MAY NOT BURN LIKE THEY SHOULD.

SHE SAYS MOST “OFF THE SHELF” FIREWORKS ARE GOOD FOR ABOUT A YEAR.