The Best Defense Could Well Be a Beard. 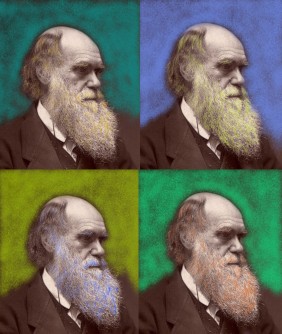 Newswise — At the University of Utah, scientists Ethan A. Beseris, Steven E. Naleway and David R. Carrier, recently discovered that though having a beard won’t save you from getting knocked out in a fight, it will likely save you from collateral damage.

Their research began with the hypothesis that beards protect the face by absorbing and dispersing blunt impact. They tested this assertion by measuring impact force and the energy absorbed by fiber epoxy composites covered with samples of sheep skin. By using a drop weight impact tester affixed with a load cell to collect force versus time data, they collected data on three types of skin samples - furred, plucked, and sheared.

They found that fully furred samples were indeed capable of absorbing more energy than plucked or sheared samples supporting their original hypothesis that human beards serve to protect vulnerable regions of the facial skeleton from damage due to blunt impact.

This study diverges from Carrier’s earlier work, as he comes from a background primarily exploring locomotion. When asked about his initial draw to this subject matter, he spoke at length about his experiences with rescue dogs that were studied during his research on locomotion.

“I noticed that one of the dogs, who was a bully, was not physically equipped for the fights he was picking. I began to be interested in the anatomy that makes an individual good at fighting.” Carrier noted.

This piqued his  interest in the sexual dimorphic characteristics of humans. Among species of mammals, differences between males and females often occur in anatomical characters that are important when males fight each other. Darwin himself noted that facial hair is one of the most prominent sexually dimorphic characteristics of our species. Darwin also correctly observed that human males have substantially more and human females have substantially less facial hair than our closest great ape relatives such as chimpanzees and gorillas. Ultimately, Darwin speculated that human beards evolved as a result of female preference for males with hairy faces. However, recent studies done in Europe and the United States suggest that modern females are more repelled than attracted to full beards.

The shape of our face is among the most sexually dimorphic parts of the human body and that the parts of the facial skeleton that are more robust in males than in females are also the parts that most often break when human males punch each other. These observations led the researchers to wonder whether or not beards might provide mechanical protection in a fight.

As to why he and his co authors were drawn in by their initial hypothesis, Carrier had this to say, “The extent to which our bodies are or are not specialized for fighting tells us about the selective forces that shaped our evolution. Given that we all agree on the goal of reducing violence in the future it makes sense to do everything we can to understand the evolutionary basis of human aggression.”

Though controversial, this highly intriguing study not only points towards how we may have evolved physically to become better fighters, but it may well speak to the human tendency to use violence to resolve conflict when other non-violent options often make more sense in the cultural world we now inhabit. It also makes an excellent case for those wondering whether or not, if they get into a fight, a beard gives a man a leg up.

Article title:  The Best Defense Could Well Be a Beard.

Published by The Journal of Integrative Organismal Biology (date)

The Journal of Integrative Organismal Biology