The fantastical Adelaide Fringe: a cultural cure for ‘brain drain’ 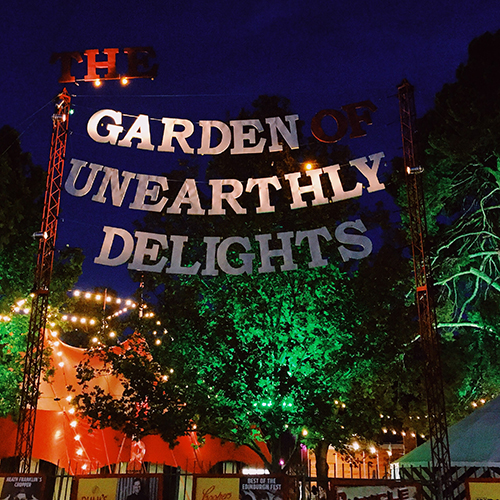 Newswise — From sky-high acrobatics to sultry-sequined burlesque, Adelaide’s annual Fringe festival has long been transforming the city into an eclectic and vibrant hive of activity, attracting millions of visitors and directing millions of dollars into the South Australian economy.

Yet, beyond the economics, new study from the University of South Australia shows that the Adelaide Fringe also plays a crucial role in building the State’s social capital, a factor which is helping to combat South Australia’s ‘brain drain’.

As the South Australian population continues to age, the issue of ‘brain drain’ remains prominent. According to the Australia Bureau of Statistics, an annual average of 3000+ young South Australians (aged 25-29 years) migrate intestate in search of more fruitful opportunities.

UniSA’s tourism and event experts, Dr Chris Krolikowski and Dr Sunny Lee, say the new study shows how the Adelaide Fringe festival is growing the city’s social capital through placemaking – the process of shaping and reimagining public spaces to create meaning for local residents and visitors.

“Building peoples’ connection and affinity with places in South Australia is essential if we want to effectively tackle the challenge of ‘brain drain’,” Dr Krolikowski says.

“The Adelaide Fringe achieves this in multiple ways – not only through the kaleidoscope of performances that add colour, excitement, and atmosphere to our city and surrounds, but also through the regeneration of urban spaces, and that gives people a reason to visit and engage.

“By creating vibrant and engaging experiences and places for residents and visitors, the Fringe is building meaningful connections with locals and visitors, generating positive word-of-mouth and showcasing South Australia as a great destination to work, live and visit.

“The cumulation of these efforts contributes to a growing sense of pride – a very powerful factor in people’s positive connection with a place, and a key combatant against brain drain.”

Now in its 60th year, the Adelaide Fringe is the largest arts festival in the Southern Hemisphere. In 2019, the Adelaide Fringe increased tourist attendance by 72 per cent, and generated $95 million in expenditure for the state economy. In their annual reports, 96.1 per cent of SA-based respondents said that the Fringe was culturally important to South Australia.

Dr Lee says while other Australian cities may have greater financial resources to invest in iconic attractions and events, Adelaide has a unique competitive advantage in its open spaces that are primed for events.

“Building competitive advantage is important for all destinations, but in South Australia, where we have plentiful open spaces close to the key city hubs, we’re in a prime position to host events and concurrently build social cohesion and belonging.

“The challenge for stakeholders, however, is to take a holistic and longitudinal view of events and to understand that they are at the very heart of competing for financial and human capital. This is key to arresting South Australia’s brain drain.”