The Oldest Metal Object Found to Date in the Middle East

According to Dr. Danny Rosenberg of the University of Haifa’s Zinman Institute of Archeology, the copper awl is a unique and very rare artifact, whose discovery, along with other items during the excavations at Tel Tsaf in the Jordan Valley, indicates that the site was an ancient international commercial center

Newswise — A copper awl, the oldest metal object found to date in the Middle East, was discovered during the excavations at Tel Tsaf, according to a recent study published by researchers from the Zinman Institute of Archaeology and the Department of archaeology at the University of Haifa , in conjunction with researchers from the Hebrew University of Jerusalem and the German Archaeological Institute of Berlin. According to the study, which appeared in the prestigious journal PLOS One, the awl dates back to the late 6th millennium or the early 5th millennium BCE, moving back by several hundred years the date it was previously thought that the peoples of the region began to use metals.

Tel Tsaf, a Middle Chalcolithic village dated to about 5200-4600 BCE, is located near the Jordan River and the international border with Jordan. The site was first documented in the 1950s and excavations there began at the end of the 1970s. From the earliest digs nearly 40 years ago, this area, the most important archeological site in the region dated to this period, has been supplying researchers with a great deal of valuable data, and continues to do so during this latest research project led by Dr. Danny Rosenberg of the University of Haifa in conjunction with Dr. Florian Klimscha of the Eurasia Department of the German Archaeological Institute in Berlin. For example, the researchers learned of the community’s great wealth and the long-distance commercial ties it maintained from the large buildings made of mud-bricks and the large number of silos in which wheat and barley were stored on an unprecedented scale. There were many roasting ovens in the courtyards, all filled with burnt animal bones testifying to the holding of large events and many other findings, among them items made of obsidian (a volcanic glass with origins in Anatolia or Armenia), shells from the Nile River in Egypt and other areas around the Mediterranean, figurines of people and animals, and pottery unlike that found in almost any other location in the region.

But the most important finding to date is only 4 centimeters long. This unique item, a copper awl, which is 1 millimeter thick at the tip that was set in a wooden handle, was actually found during a previous excavation at the site by Prof. Yosef Garfinkel of the Hebrew University. The cone-shaped awl was found in a sealed grave of a woman about 40 years old that was dug inside a silo, and around her waist was a belt made of 1,668 ostrich-egg shell beads. The grave was covered with several large stones, and according to Dr. Rosenberg, its location within a silo testifies to both the importance of the deceased and the importance the community ascribed to the facility in which she was buried.

But while the grave, the woman’s skeleton, and the beaded belt were all previously reported in scientific journals, the little awl was only reported on recently, after its chemical components were analyzed by Prof. Sariel Shalev of the Department of Archaeology at the University of Haifa’s. As noted, the awl was found to made of copper, and according to Dr. Rosenberg, the fact that it was found just above the skeleton ad in a sealed grave, meant that it was buried with the woman, apparently as a burial offering, and may have belonged to her.

This artifact is important because until now, researchers believed that area residents began to use metals only in the Late Chalcolithic period (during the second half of the 5th millennium BCE, so that this finding moves back the appearance of metal in our region by several hundred years. This has significant impact on our understanding of the developing use of complex technologies and the related social contexts.

But this is not the only reason the awl is significant. The chemical examination of the metal shows it may have come from the Caucasus, some 1,000 kilometers from Tel Tsaf. According to Dr. Rosenberg, while the long-distance commercial ties maintained by village communities in our region were already known from even earlier periods, the import of a new technology combined with the processing of a new raw material coming from such a distant location is unique to Tel Tsaf and provides additional evidence of the importance of this site in the ancient world.

The researchers are still not sure what the awl was used for, but the early use of a metal object, as well as its distant source, also testify to the high social status of the woman and the importance of the building she was buried in.

“The appearance of the item in a woman’s grave, which represents one of the most elaborate burials we’ve seen in our region from that era, testifies to both the importance of the awl and the importance of the woman, and it’s possible that we are seeing here the first indications of social hierarchy and complexity,” said Dr. Rosenberg. “However, in this area far more is unknown than is known, and although the discovery of the awl at Tel Tsaf constitutes evidence of a peak of technological development among the peoples of the region and is a discovery of global importance, there’s a lot of progress still to be made and many parts of the wider picture are still unknown to us".

“It seems that at least some of the questions raised by this unique item will be answered by an interdisciplinary research project we have been conducting at the site since last year,” Dr. Rosenberg continued. “This project integrates multi-national archeologists and researchers from a variety of other scientific disciplines, who will address the even more complex questions that will undoubtedly arise.” 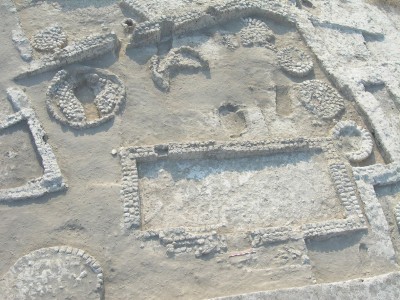 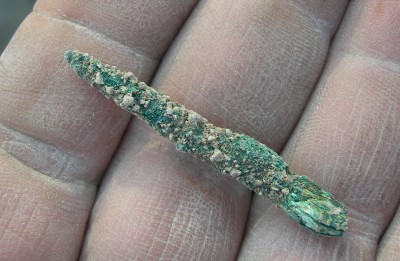