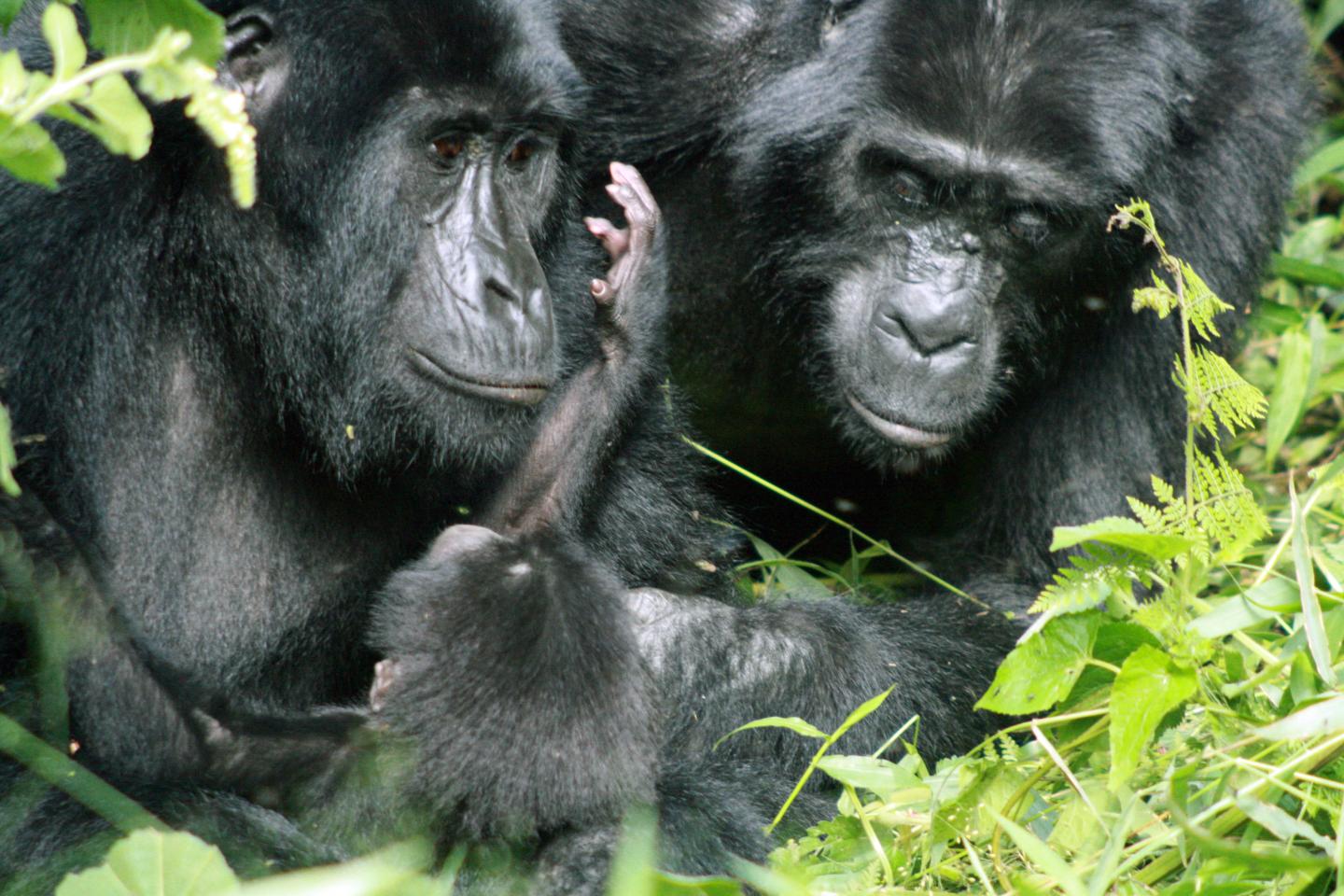 A new Ohio University study shows that tourists are getting too close to mountain gorillas, potentially exposing the gorillas to deadly diseases. 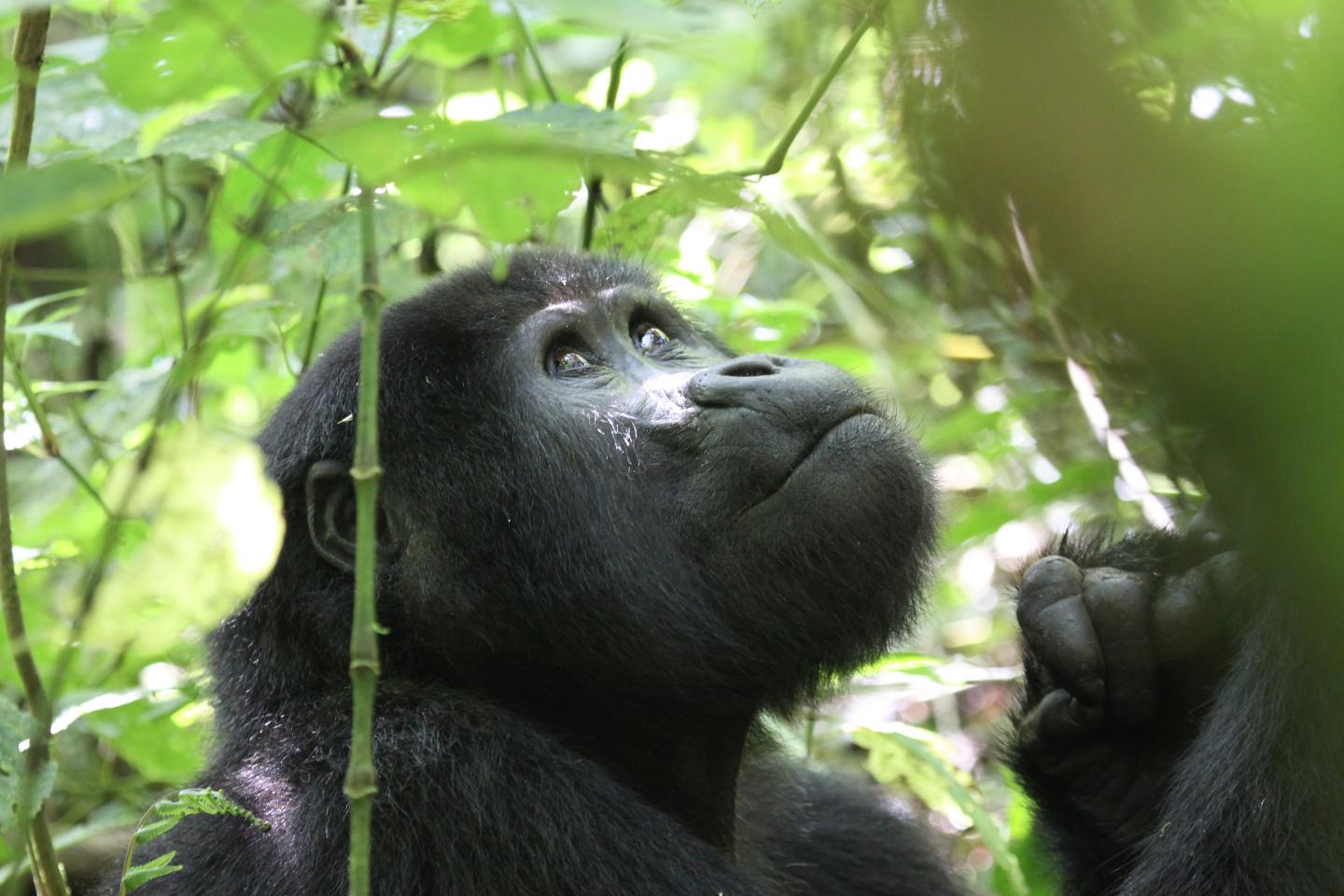 A new Ohio University study shows that tourists are getting too close to mountain gorillas, potentially exposing the gorillas to deadly diseases.

Mountain gorillas (Gorilla beringei beringei) are an endangered species of great ape found only in eastern Africa. Over 40% of the 1,059 mountain gorillas that remain on the planet today reside in Bwindi Impenetrable National Park in southwestern Uganda, and these apes are the heart of a growing tourism industry that has incentivized their continued protection. But close proximity between humans and gorillas during tourism encounters presents well-documented risks for disease transmission.

Gorillas are particularly susceptible to infectious diseases that affect humans, and respiratory infections are the most common, causing up to 20% of sudden deaths in gorillas. Accordingly, the Uganda Wildlife Authority has developed rules to protect the health of the gorillas, limiting each habituated gorilla group to a single hour-long visit per day by a group of no more than eight tourists. Current rules emphasize that humans must maintain a seven-meter (or greater) distance from gorillas at all times, which in the absence of wind is the minimum safe distance to avoid a sneezed droplet carrying infectious particles.

A number of studies over the years have documented that not all tour groups respect the seven-meter rule.

In a new study published in Frontiers in Public Health, Ohio University researchers documented tourist-gorilla spacing during 53 gorilla treks during a recent tourism high season in Bwindi Impenetrable National Park. They report that although 96% of pre-trek briefings conducted by park rangers emphasized the need to maintain greater than seven-meter human-gorilla spacing, the seven-meter distance rule was violated in over 98% (52 out of 53) of the tours examined in the study. Using observational data collected at two-minute intervals during gorilla-viewing tourism encounters, the researchers documented that nearly 70% of all observations took place at a distance less than or equal to seven meters.

"Although I had heard tourists were getting too close to the gorillas, I was surprised by the extent of the problem," observed study co-author Annalisa Weber, a graduate student in the Environmental Studies Program at Ohio University when the research was conducted, and now a senior research associate at Emory University. "We found that seven-meter rule was violated in visits to all of the gorilla groups habituated at the time of the study. And in 14% of observations, human-gorilla spacing was three meters or less."

"This points to a growing pattern of risk that is a cause of concern to sustaining long term gorilla-viewing tourism," noted Dr. Gladys Kalema-Zikusoka, CEO of Conservation Through Public Health and a co-author on the study. "Action is needed to limit disease risks caused by tourists viewing mountain gorillas."

Importantly, the researchers also explored opportunities to improve tourist adherence to park rules. For example, over 73% of the 243 tourists surveyed in the study responded that that they would be willing to utilize precautionary measures to protect gorilla health, for example in wearing protective face masks during viewing encounters. Indeed, wearing masks is considered best practice among scientists working in primate conservation, and this measure is already in place in The Democratic Republic of the Congo, where tourists regularly wear protective face masks during gorilla tourism encounters.

The use of protective masks could have logistical and financial limitations, and the researchers urge that the best strategy is to encourage tourists to maintain a safe distance from gorillas. "As tourism increases, and gorillas become increasingly habituated to human presence, new strategies will be needed for endangered great ape populations to thrive into the future," observed Dr. Nancy Stevens, Professor in the Department of Biomedical Sciences in the Heritage College of Osteopathic Medicine at Ohio University and corresponding author on the study. "Fortunately, we have talked with many insightful and empowered park officials who are poised to take action to protect gorilla health."

Caption: A new Ohio University study shows that tourists are getting too close to mountain gorillas, potentially exposing the gorillas to deadly diseases.

Caption: A new Ohio University study shows that tourists are getting too close to mountain gorillas, potentially exposing the gorillas to deadly diseases.