Treatment-Resistant Melanoma May Be Vulnerable to a Drug Holiday, UCLA Study Finds 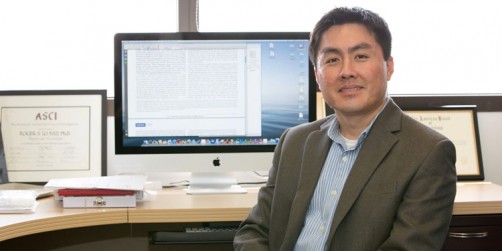 Newswise — A UCLA study has uncovered the mechanisms by which treatment-resistant melanoma become vulnerable to a drug holiday of a class of drugs called MAP kinase (MAPK)-targeted inhibitors. By identifying these mechanisms, the scientists discovered that therapeutic benefits for patients could derive from a one-two punch of cessation of MAPK inhibitors followed by a class of drugs called DNA repair inhibitors. The findings, which were demonstrated in several major subtypes of melanoma tumors (including BRAF and NRAS melanoma), could lead to drug development strategies that suppress the development of drug resistance.

BACKGROUND
Approximately 50 percent of advanced melanoma tumors are driven to grow by the presence of BRAF mutations and another 20 percent by the presence of NRAS mutations. These mutations drive the MAPK cancer growth and survival pathway. MAPK-targeted inhibitors, such as BRAF and MEK inhibitors, selectively block key cancer-driving signals. However, not everyone’s melanoma will benefit equally from MAPK-targeted therapies, and initial benefits might wane over time as tumors develop resistance to treatment.

The new study’s findings build upon prior research by Dr. Roger Lo, a professor of medicine (dermatology) and molecular and medical pharmacology at the David Geffen School of Medicine at UCLA. His team discovered that treatment-resistant melanoma tumors, in what is akin to drug addiction, develop a dependency on MAPK-targeted therapy to retain their fitness. Thus, when treatment is discontinued, withdrawal occurs and the tumor weakens. Lo’s team set out to find ways to further weaken the tumors, since the drug addiction response (which can range from a mere slow down of the cancer’s growth rate to cancer cell death), can be used to improve clinical outcomes.

Recent clinical studies and case reports indicate that, for patients who have relapsed on MAPK-targeted inhibitors, re-introduction of MAPK therapy following an intentional drug holiday may lead to a secondary response. This suggests that in patients, drug-resistant tumor cells might be replaced by drug-sensitive tumor cells during the drug holiday. Along with the study’s co-first authors, Drs. Aayoung Hong and Gatien Moriceau, Lo hypothesized that if they could identify the key tumor cell processes triggered by withdrawal of MAPK inhibitors, then scientists can exploit these process with existing or investigational drugs to trigger the maximal levels of tumor cell death immediately following cessation of the initial therapy.

METHOD
Lo’s team utilized state-of-the-art technologies to comprehensively analyze the cellular responses of treatment-resistant melanoma, both before and after withdrawal from MAPK therapy.

The researchers found that withdrawal of MAPK therapies triggered a large build-up of MAPK signals to levels that proved stressful to the tumor cells. When this level was high enough, stress signals can lead to DNA damage and then trigger a form of cell death called parthanatos. When Hong further boosted MAPK signals and DNA damage in the tumor cells, she found that she could intensify tumor cell death. These findings suggest indicate that DNA damage repair inhibitors, which have been deployed against certain forms of gynecologic malignancies, may prove to be useful again treatment-resistant melanoma.

In addition, the study proposes that treatment-resistant cancers may derive their naturally selected “fitness” from the very drugs that were initially meant to reduce their fitness. The scientists were very encouraged to see that they could shrink multiple types of treatment-resistant melanoma in mice, Moriceau said.

More than 87,000 new cases of melanoma will be diagnosed this year in the United States alone, and more than 9,500 people are expected to die of the disease.

The findings can prompt development of innovative therapies and new clinical studies that capitalize on the mechanisms of MAPK inhibitor addiction. The researchers are currently learning how to design rotational therapies that adapt to evolving cancer vulnerabilities, Lo said.

JOURNAL
The research is published online in Cancer Discovery, the flagship peer-reviewed journal of the American Association of Cancer Research.