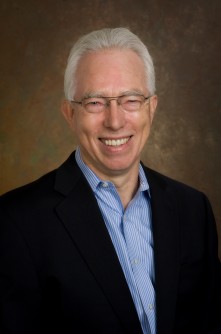 Newswise — Iain Crawford, associate professor of English and faculty director of undergraduate research and experiential learning at the University of Delaware, has been elected to serve as president-elect of the executive board of the Council on Undergraduate Research (CUR). Crawford will succeed 2017–2018 CUR executive board president Anne A. Boettcher (Embry-Riddle Aeronautical University) in summer 2018.

For more than a decade, Crawford has been an active member of CUR, beginning as a Councilor in the At-Large Division in 2006. His past volunteer work with CUR includes cofounding the Arts and Humanities Division, serving as its chair from 2011 to 2013, and helping to establish the Institute for Creative Inquiry in the Arts and Humanities. A prolific writer, he has contributed several articles to CUR Quarterly and coauthored three CUR publications. In 2014, he was named CUR’s Volunteer of the Year.

Crawford stated, “When I came into higher education in this country more than 30 years ago, I don’t think any of us could have imagined the ways in which undergraduate research has evolved and grown into the wide-ranging, enormously influential best practice that it has become today. CUR has been an absolutely essential part of that evolution, and the connections and partnerships it has offered have been a vital part of my own professional growth, as I know they have been for many others. I am delighted to have this opportunity to give back to an organization that has done so much for faculty and students, then, and I am especially pleased to do so at a time in our national life when the importance of inquiry-based learning seems increasingly urgent. I look forward to working with our volunteers and the national office staff to advance CUR’s strategic goals and affirm its continuing voice as the leading voice in undergraduate research.”

Crawford received his BA from the University of Leeds (1975) and his PhD in English from the University of Leicester (1982). Trained as a Charles Dickens scholar, he is completing a book project that uses the relationship between Dickens and Harriet Martineau as a lens through which to examine the development of the Victorian press; he also serves as president of the Dickens Society. He came to the United States in 1984 after teaching for five years in what was then Yugoslavia and joined the University of Alabama as a visiting assistant professor. Following 10 years on the faculty at Berry College, Georgia, he served as chair and professor of English at Bridgewater State College, dean of liberal arts at the University of Southern Indiana, and vice president for academic affairs at the College of Wooster. Since 2010, he has been at the University of Delaware, including service as interim chair of the Department of English. As both a faculty member and administrator, he has been immersed in the development of undergraduate research programs, involving students in his current book project and acting as principal investigator on Teagle Foundation grants that investigate the workings and effectiveness of senior capstone experiences. In addition to his work with CUR, he is treasurer for the Research Society for Victorian Periodicals.

Elizabeth Ambos, CUR executive officer, stated, “Iain Crawford will play a vital and significant role as president, and he brings a broad array of strengths to the CUR executive board presidency, including his diverse experiences as both a faculty member and academic administrator. He is a very active teacher-scholar-administrator on his own campus, and a dynamic and engaged volunteer leader within CUR, hailing from one of the fastest growing sectors of CUR, its Arts and Humanities Division.”