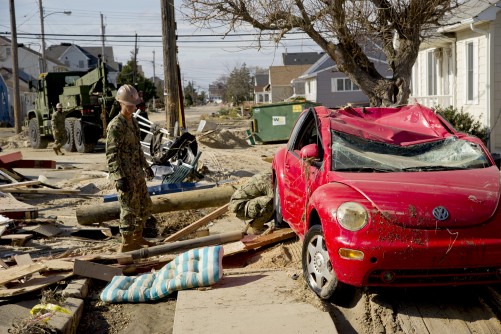 Using funds from a retirement account to pay for disaster recovery may be the only resort for some.

Newswise — Hurricane victims from Harvey and Irma are now eligible to take a hardship distribution from their 401(k) retirement account, to help rebuild or replace lost possessions or property. Congress is also contemplating eliminating early distribution penalties for hurricane victims.

A Virginia Tech financial planning expert, while encouraging most savers to leave these accounts alone, says disaster withdrawals may be a reasonable exception.

“Disasters, whether natural, personal or medical often set off a chain reaction that ends in financial ruin,” said Derek Klock, an associate professor of practice in the department of finance in the Pamplin College of Business. “Something must intercede to stop the cycle. I think tapping a 401(k) should be a last resort, but for many the last resort may be their only resort.”

It is critical, according to Klock, to know the short- and long-term financial ramifications of such a decision, including tax implications and alternative funding opportunities.

“For those who had no or inadequate insurance and face enormous personal and financial loss, retirement planning is now, most likely, the last thing on their mind.”

“Liquid investments such as savings accounts and emergency funds should be used first, followed by other sources of non-tax advantaged savings such as brokerage accounts or non-qualified mutual funds.”

“Unfortunately many Americans lack the financial resources and the professional financial advice to withstand a catastrophe of the magnitude of widespread natural disaster.”

Our studio Virginia Tech's television and radio studios can broadcast live HD audio and video to networks, news agencies, and affiliates interviewing Virginia Tech faculty, students, and staff. The university does not charge for use of its studios. Video is transmitted by LTN Global Communications.