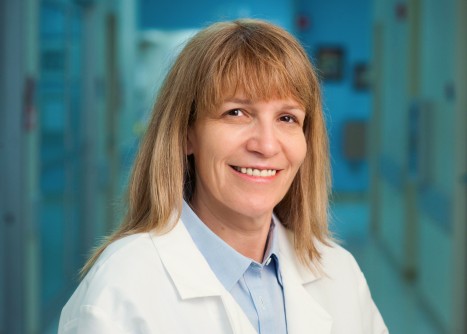 Newswise — (MEMPHIS, Tenn. – July 28, 2014) A St. Jude Children’s Research Hospital study found that 73 percent of adult survivors of childhood cancer more than doubled their risk of developing metabolic syndrome and related health problems by failing to follow a heart-healthy lifestyle. The results appear in the current issue of the journal Cancer.

Almost 32 percent of the 1,598 adult survivors of childhood cancer in the study had metabolic syndrome, an umbrella term for health risk factors like high blood pressure, abdominal obesity, elevated triglyceride and other abnormalities that often occur together. The prevalence was similar to rates reported for much older adults in the general public. Metabolic syndrome is associated with greater odds of developing heart disease, diabetes, stroke and other potentially fatal health problems.

Researchers reported that adult survivors of childhood cancer who failed to adopt a lifestyle that included regular exercise and a healthy diet were more than twice as likely to develop metabolic syndrome as survivors who did. The risk was 2.4 times higher in women and 2.2 times greater in men.

Lifestyle had a greater impact on the likelihood of developing metabolic syndrome than risk factors associated with childhood cancer treatment, including cranial irradiation.

“This is good news for the nation’s growing population of adult survivors of childhood cancer,” said corresponding author Kirsten Ness, Ph.D., an associate member of the St. Jude Department of Epidemiology and Cancer Control. “This suggests that if you maintain a healthy lifestyle by staying active and eating a diet that is low in fat, sugar and salt and rich in fruit and vegetables you should be able to influence whether or not you develop metabolic syndrome.”

The United States is home to more than 360,000 childhood cancer survivors. With childhood cancer survival rates now better than 80 percent, the survivor population is expected to grow. Previous research from St. Jude and others found that many survivors face significant challenges, including chronic health problems, and may be at risk for premature aging. Survivors whose cancer treatment included chest and cranial irradiation or chemotherapy with anthracylcine are known to be at an increased risk for cardiomyopathy or metabolic syndrome. A previous St. Jude-led study found that lifestyle and risk factors related to cancer treatment were a particularly toxic mix for aging childhood cancer survivors.

This study was the largest yet to evaluate how lifestyle impacts the risk of metabolic syndrome in a diverse group of pediatric cancer survivors. The participants were enrolled in the St. Jude Lifetime Cohort Study (St. Jude LIFE), which brings childhood cancer survivors treated at St. Jude back to the hospital for several days of health screenings and other tests. Participants are at least 18 years old and 10 years from their diagnosis. Survivors in this study ranged in age from 19 to 60 years old. Half were less than 33 years old. Previous studies of metabolic syndrome in pediatric cancer survivors focused primarily on survivors of acute lymphoblastic leukemia (ALL), but this study included survivors of various cancers, including lymphoma, sarcoma, neuroblastoma, brain and other tumors.

Health screenings and survivor self-reports found that 27 percent of study participants met at least four of seven requirements for a healthy lifestyle as defined by the World Cancer Research Fund/American Institute for Cancer Research. The list included maintaining a healthy weight, moderate intake of alcohol and red meat, being physically active and eating a diet low in sodium and high in complex carbohydrates, fruits and vegetables. About two-thirds of survivors in this study were overweight or obese, three-quarters reported eating less than five servings of fruits and vegetables daily and more than half reported inadequate exercise or complex carbohydrates. In addition, 90 percent reported eating too much red meat and nearly 70 percent too much sodium.

Healthier habits are proven to reduce the risk of metabolic syndrome in the general public. St. Jude is planning interventions to determine if the same is true for childhood cancer survivors and to help survivors of all ages make changes to benefit their long-term health.

Webb Smith, formerly of St. Jude, is the study’s first author. The other authors are Chenghong Li, Kerri Nottage, Daniel Mulrooney, Gregory Armstrong, Jennifer Lanctot, Wassim Chemaitilly, Deo Kumar Srivastava, Leslie Robison and Melissa Hudson, all of St. Jude; and Joseph Laver, formerly of St. Jude.The study was funded in part by a grant (CA21765) from the National Cancer Institute, part of the National Institutes of Health, and ALSAC.

St. Jude Children’s Research HospitalSt. Jude Children’s Research Hospital is leading the way the world understands, treats and cures childhood cancer and other life-threatening diseases. It is the only National Cancer Institute-designated Comprehensive Cancer Center devoted solely to children. Treatments developed at St. Jude have helped push the overall childhood cancer survival rate from 20 percent to 80 percent since the hospital opened more than 50 years ago. St. Jude is working to increase the overall survival rate for childhood cancer to 90 percent in the next decade. St. Jude freely shares the breakthroughs it makes, and every child saved at St. Jude means doctors and scientists worldwide can use that knowledge to save thousands more children. Families never receive a bill from St. Jude for treatment, travel, housing and food—because all a family should worry about is helping their child live. To learn more, visit stjude.org or follow St. Jude at @stjuderesearch.