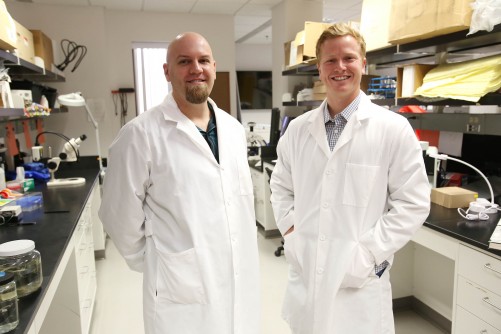 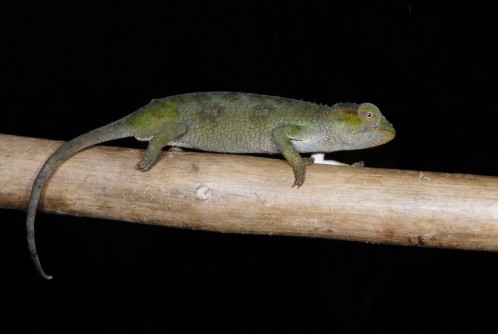 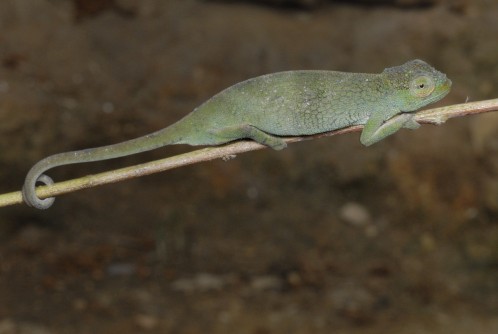 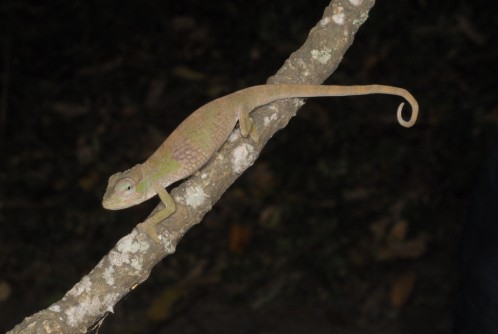 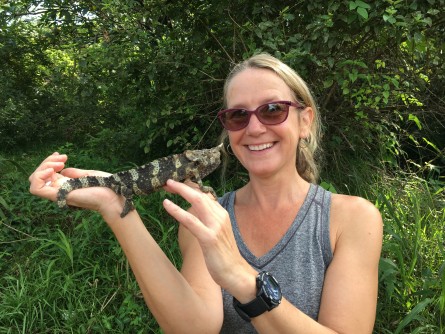 Krystal Tolley in Malawi, with a Meller’s chameleon (Trioceros melleri).

Newswise — University of Texas at El Paso doctoral candidate Daniel Hughes liked to catch lizards when he was little, but never imagined he would be catching and discovering new species of chameleons. The Ph.D. candidate in UTEP’s Ecology and Evolutionary Biology program has discovered three new species of chameleons. The reptile trio, historically thought to be a single species, was found in different parts of the Albertine Rift in Central Africa.

The findings recently were published in Zoological Journal of the Linnean Society.

“We are hopeful that the formal descriptions of these three endemic chameleon species will be used to increase conservation awareness and galvanize transboundary protection efforts across these irreplaceable regions,” Hughes said.

The specimens were collected in the Democratic Republic of the Congo between 2009 and 2014, mainly by Hughes’ mentor Eli Greenbaum, Ph.D., associate professor of biological sciences. The location is rich with biodiversity, but because of political unrest, researchers have been reluctant to go there. Greenbaum has been traveling and conducting research in the area for about 10 years.

“We had this really nice dataset with samples collected all throughout the range of a particular species which meant we could really figure out its true diversity,” Hughes said. “We took to the next step and ultimately described three new species.”

Hughes joined Greenbaum three years ago in the field, and specifically came to UTEP to study under Greenbaum in 2013. The new scientist was able to describe the three new chameleon species after carefully analyzing geographical, morphological, and DNA data; a process that was followed by nearly two years of external confirmation.

“I think I went into shock when I found out, but also really happy,” Tolley said. “I have been working on chameleons for many years, and they really are my main topic of research. So to have a species named after me, for a group of animals where I’ve invested most of my research career is such a privilege. I’ve also been lucky enough to actually see this species in Uganda, together with both Danny and Eli. It’s a sassy little thing, which really makes it a good fit.”

Hughes said the Albertine Rift (AR) is not only geologically unique, it also harbors more endemic vertebrate species than any other area of similar size on continental Africa.

“In these remote regions that are sometimes thousands of miles away from many people, it can be hard to relate,” Hughes said. “So, hopefully with our work we can start to bridge that gap to broaden our awareness that everyone’s actions have implications for these species from threatened regions they may never see. If conservation efforts in the various countries of the Albertine Rift cannot rapidly improve, many rare and potentially other new species will be lost.”

There are 206 described species of chameleons on the planet and Hughes hopes to continue finding many more.

“A recent modeling study demonstrated that many habitats in the Albertine Rift, including those where the new species of chameleons are endemic, will likely be destroyed in the coming decades,” Greenbaum said. “As chronicled in my forthcoming book “Emerald Labyrinth: A Scientist's Adventures in the Jungles of the Congo,” the coming years will almost certainly be the last opportunity to discover new species in the rapidly declining forests of Central Africa.” 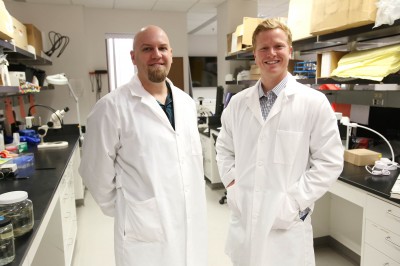 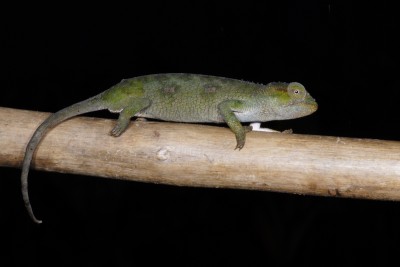 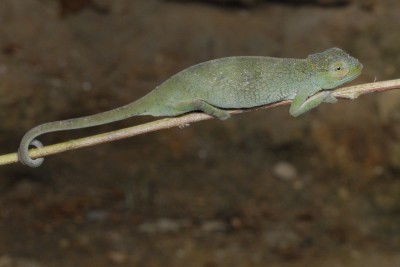 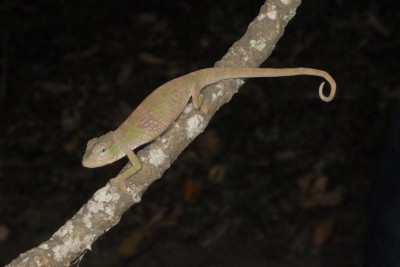 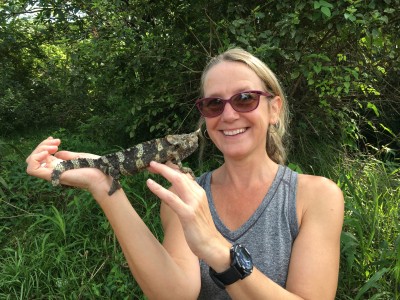 Zoological Journal of the Linnean Society