Newswise — In a concluding act of extraordinary generosity that will make college more affordable and accessible for generations of students, Porter Byrum has left a bequest of more than $140 million to Wake Forest University, Queens University of Charlotte and Wingate University for scholarships.

The late Charlotte attorney, businessman and philanthropist was a champion of higher education, and this gift – the largest by any individual to each of the three institutions – furthers his legacy of creating opportunity for deserving students. He died in March at the age of 96.

No person has been a more generous benefactor to Wake Forest, Queens or Wingate than Byrum, whose lifetime giving to the three institutions totaled more than $235 million.

His generosity spanned the course of decades, and because of him, more than 1,000 students have been afforded the opportunity for the quality education he appreciated so much. Notably, in 2011, he donated the Park Road Shopping Center in Charlotte to the three institutions.

Byrum’s alma mater, Wake Forest, will receive more than $70 million – approximately half of his bequest. The rest will be divided equally between Queens and Wingate at more than $35 million each.

“Out of a life of gratitude overflows generosity, and there is no greater example of that than Porter Byrum,” said Wake Forest President Nathan O. Hatch. “He never forgot the gift of a Wake Forest education he was offered, and in his gratitude, he made it possible for others to experience what he did. More than anything, Porter loved spotting potential – in an employee, a business deal, a piece of land or a young person – and providing an opportunity for that potential to grow. His greatest joy was not in the recognition of what he had given, but rather, in watching what those who were given an opportunity would do with it.”

“Queens has lost a special friend and the world has lost a great man,” said Queens President Pamela Davies. “Mr. Byrum never let his financial success change who he was – a selfless man who believed in a simple life dedicated to hard work and loyalty to those around him. He also believed strongly in the potential of young people, and he dedicated much of his time and resources into ensuring their success. His legacy at Queens will continue forever through the lives of our students.”

“Like many Wingate students, Mr. Byrum was from a small town in North Carolina, and through many conversations with him over the years I learned that although his family was full of love, there was not always enough money for all their needs,” said Wingate University President Emeritus Jerry E. McGee. “Over and over he talked about how the people who helped him go to college had no idea how much it would change his life and how he would very much like for other people to have a similar transformative experience. There are not enough words to describe how important it’s been for Wingate to have him as a friend. We thank Mr. Byrum for living by his values and giving so much to current and future students of Wingate University.”

Byrum’s legacy at these three institutions will continue in perpetuity through the numerous scholarships that bear his name, as well as through the impact of his service to each over the course of his lifetime.

At Wake Forest, Byrum (JD ’42) served as a member of the Law Board of Visitors, received the Carroll Weathers Award – the Law School’s highest honor – and received the Distinguished Alumni Award. In 2011, Wake Forest named its new admissions building the Porter B. Byrum Welcome Center.

Queens renamed South Residence Hall the Porter B. Byrum Hall in honor of his generosity in 2015.

At Wingate, Byrum was awarded an honorary doctorate and served as a member of the Board of Trustees. In 2011, the university named the Porter B. Byrum School of Business to honor the great benefactor.

More information about the impact of Byrum’s generosity is available at the Wake Forest, Queens and Wingate websites.

High-res images from all three institutions are available for download here.

Wake Forest University combines the best traditions of a small liberal arts college with the resources of a large research university. Founded in 1834, the school is located in Winston-Salem, N.C. The University’s graduate school of arts and sciences, divinity school, and nationally ranked schools of law, medicine and business enrich our intellectual environment. Learn more about Wake Forest University at www.wfu.edu.

About Queens University of Charlotte:

Queens is a private, masters-level university that has been providing students with transformational experiences for more than 155 years. The university serves more than 2,300 students in academic programs across the liberal arts and sciences as well as the professional fields of business, communication, nursing, health and education. With the city of Charlotte as an extended campus, students have the opportunity to launch into abundant internships, community service and academic partnerships. The majority of undergraduates also study internationally. Learn more about Queens’ unique learning environment at queens.edu.

Wingate University serves more than 3,600 students on three campuses in North Carolina. Founded in 1896, the University offers 35 undergraduate majors as well as graduate and professional programs in the health sciences, business, education and sport management. Wingate provides students with the tools and support needed to be engaged global citizens and to have an extraordinary career and life. To view current news, video and stories, go to www.wingate.edu. 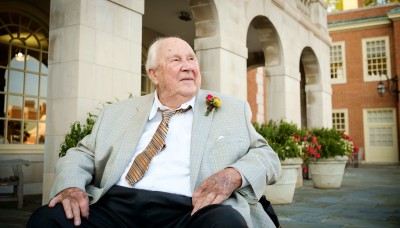 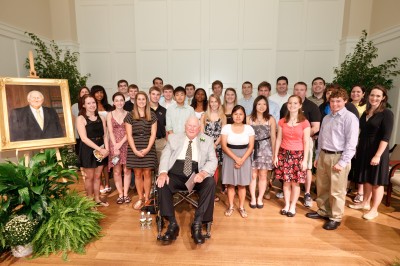