When a Mysterious Chemical Leaks

Call to action after 2014 Charleston leak

Newswise — Jan. 4, 2017 - Jennifer Weidhaas was teaching in West Virginia on January 9, 2014 when about 10,000 gallons of chemicals leaked into the Elk River. The concrete wall holding back the chemicals had eroded. The Elk River was upstream from the Charleston water supply. Nearly 300,000 residents couldn’t drink their water for days.

Weidhaas is currently an associate professor of civil and environmental engineering at the University of Utah. But in the days that followed the Charleston leak, her concern for responder readiness left her with a single question: How can we be better prepared?

The Charleston leak from Freedom Industries’ storage facility released 4-methylcyclohexanemethanol (MCHM), a chemical that strips debris from coal. At the time, responders knew little about MCHM’s potential to harm humans and the environment.

Around 30,000 chemical spills happen every year in the United States. Although most chemicals are regulated, there is often limited information on long-term health effects. Weidhaas said that deeper scientific understanding of these chemicals is key moving forward. With support from a wide range of experts, leak and spill prevention and mitigation can be more effective.

When a spill or leak happens, emergency personnel use a standard procedure to respond. Most spills in the United States are from petroleum, and for the most part, responders have the training and information to quickly control the spill.

But new and uncharted chemicals make the job of emergency responders more complicated. Traditionally, regulatory scientists provide guidance on chemical hazards. With over 300,000 chemicals manufactured in the United States, it’s difficult for scientists to keep up.

“You’re only as good as your training,” said Weidhaas. “For many of these chemicals we may never have looked closely at human health impacts or ecological effects.”

When a new chemical is produced, the manufacturer fills out a safety data sheet that includes information on toxicity. However, the sheets often lack details. This was the case in the Charleston leak.

After the Charleston leak, West Virginia Governor Tomblin authorized an independent team of experts to test the water. Fortunately, the test found a low concentration of MCHM in the water, safe enough for human consumption.

Weidhaas and her colleagues decided to hold a “lessons learned” workshop with spill responders. The group concluded that access to experts is critical when dealing with unexplored chemicals.

Weidhaas urges for a formal network of scientists across sectors—government, industry and academia—who work with novel chemicals.

“We should have a database of people who are subject matter experts for different chemical groups ahead of time, so that when these spills occur they can fill in the gaps,” said Weidhaas.

She also forwards the idea of a chemical bank. In order to understand long term effects and measure concentrations, scientists need a pure chemical sample. It can’t be diluted in the water, or mixed with other substances. It takes time to synthesize chemicals, and in an emergency, timing is essential. Laying hands on novel chemical samples can be tricky. Immediately after the Charleston leak, there was only one vendor with a pure sample. It would take them weeks to synthesize more.

Weidhaas and her colleagues tracked down a researcher at another university who was willing to share. The experience of scrambling to find a sample pointed to another issue during chemical spills: where to find them quickly after an emergency.

“There might be 100,000 different chemicals that we’re using on a daily basis,” said Weidhaas. “But we don’t have a repository of all those chemicals.”

Weidhaas said that developing a bank for novel chemicals is essential for scientists. But above all, she advocates for more financial and scientific support of spill prevention and leak detection technology.

“I want to emphasize that the majority of our efforts should be on the spill prevention side,” she said.

Read more about Weidhaas’ work in Journal of Environmental Quality. 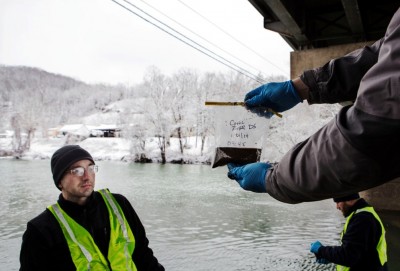 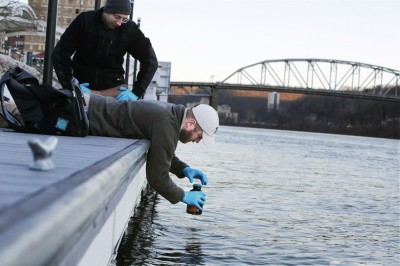