When the Bloom Is Off

Why do some plants produce small and unattractive flowers? Two Montreal researchers think they’ve figured out why, supporting a hypothesis dating back 150 years to Charles Darwin. 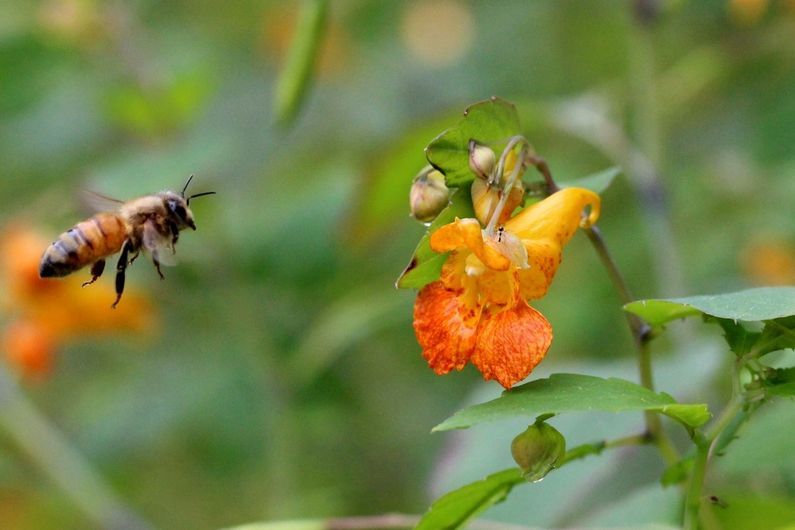 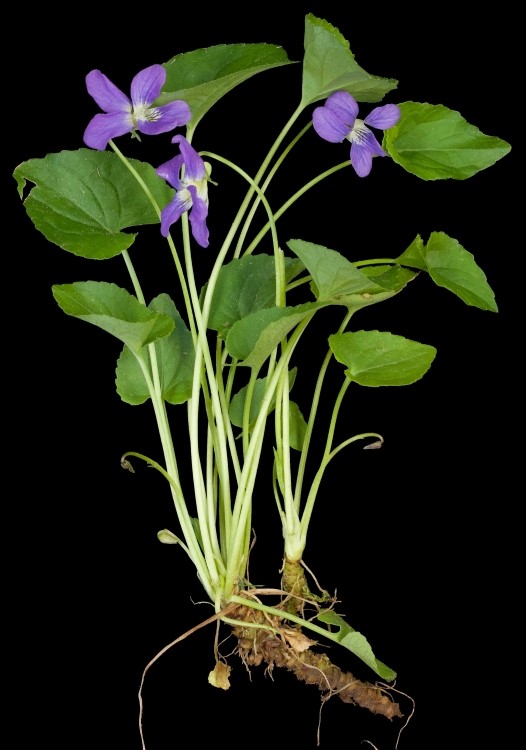 Violet which small closed flowers at the base of the plant are cleistogamous flowers.

Picture a flower: what do you see? A bright and showy splash of contrasting colours? Well, not all plants produce flowers that are only like that.  Some plant species actually produce two types: “normal” ones that look great, and “runts” that are small, never open and, rather than attract pollinating insects, instead pollinate themselves.

Why that happens has remained a mystery, until now.

In a study published today in Current Biology, Canadian biology professors Simon Joly (Université de Montréal) and Daniel Schoen (McGill University) show that cleistogamy, as this type of self-pollination is known, is strongly associated with bilaterally symmetric flowers, such as orchids, that have a single plane of symmetry instead of multiple ones.

Charles Darwin hypothesized as much some 150 years ago, but only now, thanks to the research of Joly and Schoen has the hypothesis received scientific support.

“Flowers generally harbor both male and female reproductive organs, which for a sedentary organism is an effective evolutionary strategy to ensure reproduction,” explained Joly, a researcher at the Montreal Botanical Garden, a Montréal Space for Life institution. “By offering a reward such as nectar or pollen – or the promise of such a reward – flowers have allowed plants to entice animal pollinators into mediating the movement of pollen from one plant to another of the same species, effectively acting as intermediaries in the mating process.”

“The problem with this strategy,” he continued, “is that in the absence of pollinators, the plant may fail to reproduce or have less success doing so.”

Some plants have found ways to avoid this problem,” he added. “Some of their flowers self-pollinate, and when pollinators are scarce, the production of closed flowers is certainly the most distinctive and efficient solution to ensure self-pollination. It’s not a common strategy, but cleistogamy is nevertheless relatively widespread among the flowering plants.”

Indeed, it is present in more than 500 species from 40 families of flowering plants, such as jewelweeds and violets. Cleistogamy largely goes unnoticed, however, because the cleistogamous flowers are so tiny.

Until now, however, Darwin’s hypothesis on the association between cleistogamy and “zygomorphy”, as the phenomenon of bilateral symmetry in known in botany, had never been properly tested.

To do so, Joly and Schoen analyzed more than 2,500 species of flowering plants – the largest dataset ever gathered for flowers exhibiting these unusual characteristics. “Evolutionary models suggest that cleistogamy evolves almost four times more frequently in zygomorphic species,” Joly said, “and we found the same results whichever way we analyzed the data.”

The co-authors also found that compared with radially-symmetric species, bilaterally-symmetric species on average produce half the number of seeds and fruits in the absence of pollinators, suggesting that cleistogamy has potentially more impact for them in ensuring reproduction.

“These results suggest that the production of both open and closed flowers is favored in environments with fluctuating conditions, such as when pollinator abundance varies,” said Schoen.

The new study highlights the challenge that flowers are confronted with: to ensure their reproduction while minimizing inbreeding. Cleistogamy represents one solution to this dilemma by producing two types of flowers: normal ones that “outcross” (pollinate from outside) and cleistogamous ones that reproduce when conditions for pollination are poor.

“We’ve confirmed the hypothesis that Darwin originally made from his observations of a few dozen species,” said Joly. “Interestingly, some scientists who have developed new  plant varities have suggested that if genetically-modified plants could be bred to produce only cleistogamous flowers, this could aid in reducing the spread of engineered genomes through their pollen – a practical application that could have great benefit for the environment.”

“Repeated evolution of a reproductive polyphenism in plants is strongly associated with bilateral flower symmetry,” by Simon Joly and Daniel Schoen, was published Feb. 3, 2021 in Current Biology.

Caption: Violet which small closed flowers at the base of the plant are cleistogamous flowers.