Why More Men Get Vasectomies During March Madness 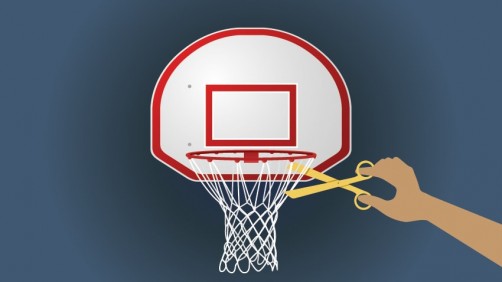 Newswise — ANN ARBOR, Mich. - For men and their partners who have already completed their families, a vasectomy is a quick and safe approach to preventing future pregnancies.

And with the NCAA March Madness basketball tournament approaching, the annual event presents a convenient opportunity.

“Major sporting events are a popular time for men to schedule a vasectomy because we advise them to take it easy for two to three days after the procedure,” says Jim Dupree, M.D., assistant professor of urology at Michigan Medicine, which has expanded vasectomy services at the University of Michigan surgery center in Livonia in anticipation of the March Madness rush.

“For most men, this means sitting on the couch in front of their television, and sporting events offer them something to watch while resting.”

A 2017 study by athenahealth found urologists in its network performed 30 percent more vasectomies during the first week of March Madness in 2016 compared with an average week during the rest of the year.

Still, the procedure is popular year-round: About 500,000 men have a vasectomy each year, with most patients being in their mid-20s to late 40s, Dupree says.

During a vasectomy, a urologist blocks or closes the vas deferens, the tubes that carry sperm from the testicles up to the penis. After the vasectomy, the testicles still make sperm, but they are absorbed by the body.

Despite the frequency and safety of vasectomy, many men have concerns about pain, recovery and future sexual activity.

“It’s very normal for men to be apprehensive,” says Dupree. “We are very good at keeping men comfortable.”

He explained what men need to know about vasectomy:

It’s a quick and precise procedure: The surgery takes about 20 minutes and is performed under local anesthesia administered at the site of the procedure — like having a crown filled at the dentist, for example.

“Most of the time we don’t need to use a scalpel, and we make a small hole in the scrotal skin with a pointed instrument,” Dupree says. “This no-scalpel vasectomy has less bleeding, swelling and pain, making it easier and more comfortable for men to recover.”

Recovery time is short: Most men can return to work the next day or day after, Dupree says. “Complications are rare, including a 1 percent risk of bleeding and infection.”

He also recommends that patients ice the area during recovery and take over-the-counter pain medications as needed to reduce discomfort.

It’s an effective method of family planning: “The procedure is meant for men who are in a stable relationship, have had one or more children and are done building their family,” Dupree says.

But the decision, he notes, is a big one: “A vasectomy is a very responsible means of permanent family planning, so men should have already had a serious conversation about the procedure with their partner before scheduling the surgery.”

It takes time to work: Results are not immediately effective. “Vasectomies don’t work right away, and men need to keep using birth control until cleared by their surgeon,” Dupree says.

Dupree also notes that a vasectomy is as effective as a tubal ligation for women, but safer (the latter option requires general anesthesia and is costlier). The only more effective method of birth control is abstinence.

“The only change his partner may be able to feel is a small lump at the vasectomy site,” Dupree says. “But ejaculation and orgasm should feel the same. The amount of semen may also decrease, but only by about 5 percent.”

It can be reversed: Although a vasectomy is intended to be permanent, Dupree notes that another surgery can reverse the vasectomy — and enable a man to father more children.

That, too, takes time: Men and their partners should expect for it to take about four to 12 months to conceive after a vasectomy reversal.