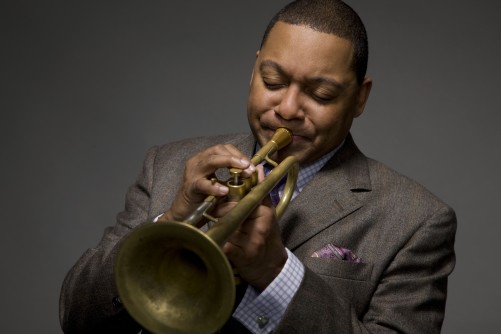 Newswise — New Orleans native and Pulitzer Prize winner Wynton Marsalis will receive an honorary doctorate of humane letters and deliver the keynote address to graduates at Tulane University’s Commencement 2014, which will be held at 9 a.m., May 17 in the Mercedes-Benz Superdome.

“Wynton Marsalis’ music has captivated audiences worldwide,” Tulane President Scott Cowen said. “But he also speaks with an eloquence, insight and power that I have rarely seen matched. He will definitely have something to say, and play, for our graduates.”

The last time Marsalis spoke at Tulane was in 2006 at a Martin Luther King Day event marking the reopening of Tulane, Xavier, Dillard and Loyola universities after Hurricane Katrina.

“His was one of the best and most moving speeches I have ever heard,” Cowen said.

Marsalis tops a line-up filled with the New Orleans flavor that has made Tulane commencements among the most celebrated in the country. Other Commencement 2014 highlights will include an academic procession led by gonfalon-bearing graduates, herald trumpets and performances by Dr. Michael White's Original Liberty Jazz Band and singer Topsy Chapman. The ceremony will end with confetti cannon blasts and a traditional New Orleans second-line parade.

Born the second of six sons to one of New Orleans’ leading musical families, Marsalis received his first trumpet, a gift from Al Hirt, on his 6th birthday. At age 8, he performed in the Fairview Baptist Church band led by legendary banjoist Danny Barker. At 14, he performed with the New Orleans Philharmonic.

He has made more than 70 jazz and classical recordings and sold more than 7 million copies worldwide. In 1983, he became the first and only artist to win both classical and jazz Grammy Awards in the same year, repeating the distinction the following year. He is a nine-time Grammy winner and the only artist ever to win Grammys in five consecutive years. In 1997, he became the first jazz musician ever to win the Pulitzer Prize for his oratorio "Blood on the Fields."