Patients who received single intravenous dose of tocilizumab were also more likely to leave the hospital or be off ventilator within a month, despite double the risk of additional infection

Outcomes for the critically ill COVID-19 patients treated at Michigan Medicine with or without tocilizumab during the first weeks that the pandemic struck in Michigan. During this time, hospital pharmacy guidelines for physicians gave the option of prescribing the drug, but noted the risks and lack of evidence for its use in COVID-19.

Newswise — Critically ill COVID-19 patients who received a single dose of a drug that calms an overreacting immune system were 45% less likely to die overall, and more likely to be out of the hospital or off a ventilator one month after treatment, compared with those who didn’t receive the drug, according to a new study by a team from the University of Michigan.

The lower risk of death in patients who received intravenous tocilizumab happened despite the fact that they were also twice as likely to develop an additional infection, on top of the novel coronavirus.

The study is published in the peer-reviewed journal Clinical Infectious Diseases after being available as a preprint last month.

It suggests a benefit from timely and targeted efforts to calm the “cytokine storm” caused by the immune system’s overreaction to the coronavirus. Tocilizumab, originally designed for rheumatoid arthritis, has already been used to calm such storms in patients receiving advanced immunotherapy treatment for cancer.

The researchers base their conclusions on a thorough look back at data from 154 critically ill patients treated at Michigan Medicine, U-M’s academic medical center, during the first six weeks of the pandemic’s arrival in Michigan from early March to late April. The analysis looked at patients’ records through late May.

During that time, when little was known about what would help COVID-19 patients on ventilators, about half of the studied patients received tocilizumab and half did not. Most received it within the 24-hour period surrounding their intubation.

This created a natural opportunity for comparing the two groups’ outcomes in an observational study, though clinical trials are still needed to truly see if the drug provides a benefit, the authors say.

Lead author Emily Somers, Ph.D., Sc.M., an epidemiologist who has studied both rheumatologic and immunologic diseases, says the research team went into their analysis uncertain whether they would find a benefit, a risk, or no clear effect associated with tocilizumab in the patients with life-threatening COVID-19. But they knew it was a critically important question that they were uniquely positioned to answer at that point in the pandemic.

“One role of epidemiology is to rigorously evaluate real-world data on treatment effects, especially when evidence from clinical trials is not available. We kept trying to prove ourselves wrong as signals of benefit emerged in the data, both because of the immediate implications of these data, and in part because of concern about the supply of the medication for other patients,” she says. “But the difference in mortality despite the increase in secondary infection is quite pronounced, even after accounting for many other factors.”

Somers is an associate professor in the U-M Medical School’s Department of Internal Medicine and member of the U-M Institute for Healthcare Policy and Innovation. She co-leads the COVID-19 Rapid Response Registry, which is supported by the Michigan Institute for Clinical and Health Research.

The ASP group developed treatment guidelines provided to Michigan Medicine physicians in mid-March that identified tocilizumab as a potentially beneficial therapy for the most severely ill COVID-19 patients. Those guidelines also pointed out its risks and the lack of evidence for its use in COVID-19, and recommended a dose of 8 milligrams per kilogram.

This led some physicians to choose to use it, while others did not – setting the stage inadvertently for a natural comparison.

Pogue, clinical professor at the U-M College of Pharmacy and an infectious disease pharmacist at Michigan Medicine, notes that more robust data released in June from a large randomized controlled trial in the United Kingdom has led him to recommend the steroid dexamethasone as the first choice to treat critically ill COVID-19 patients.

“For a retrospective, single-center study, our data are robust. But at this time, due to the lack of randomized controlled trial data and the much higher cost, we recommend reserving tocilizumab for the treatment of select patients who decompensate while on or after receiving dexamethasone or in patients where the risks of adverse events from steroid therapy outweigh the potential benefits” says Pogue.

“Further studies of tocilizumab, which is more targeted than dexamethasone in addressing the hyperinflammatory process, could include combining these agents or comparing them head-to-head,” he adds.

Pogue notes that a single dose of tocilizumab is roughly 100 times more expensive than a course of dexamethasone. He also notes that another drug that aims to treat cytokine storm by targeting the interleukin-6 (IL-6) receptor – one called sarilumab – appears to have failed to improve outcomes in a clinical trial in COVID-19 patients including those on ventilators.

Michigan Medicine had been participating in the sarilumab study at the time the patients in the current study were treated, but not all patients qualified because of the timing of their admission or issues around testing for COVID-19. The current study does not include any patients who received sarilumab.

If the evidence around IL-6 targeting bears out in further studies, the authors note that it will be important to select the dose and timing carefully, to address the cytokine storm without interfering with IL-6’s other roles in activating the body’s response to infections and its processes for repairing tissue.

The majority of the patients were transferred to U-M from Detroit-area hospitals after diagnosis with COVID-19, and those who received tocilizumab were less likely overall to have been transferred while already on a ventilator.

In all, 54% of the tocilizumab patients developed a secondary infection, mostly ventilator associated pneumonia; 26% of those who didn’t receive tocilizumab developed such infections. Such “superinfections” usually reduce the chance of survival for COVID-19 patients.

Hydroxychloroquine was included in the treatment guidelines for COVID-19 inpatients at Michigan Medicine for the first two and a half weeks of the study period, before being removed as evidence of its lack of benefit and risks emerged. In all, it was used in one-quarter of the patients who received tocilizumab and one-fifth of those who didn’t. Similar percentages of the two patient groups received steroids, though none received dexamethasone.

The patients in the two groups were similar in most ways except for a slightly higher average age in the non-tocilizumab group, and lower rates of chronic obstructive pulmonary disease and chronic kidney disease among the tocilizumab patients.

The study was supported by the National Institutes of Health [UL1TR002240, 1K12HL133304]; the Centers for Disease Control and Prevention [U01IP000974]; and an American Society for Transplantation and Cellular Therapy New Investigator Award.

The COVID-19 Rapid Response Registry is supported by the Michigan Institute for Clinical and Health Research (MICHR), and uses the International Severe Acute Respiratory and Emerging Infection Consortium (ISARIC) Clinical Characterization Protocol to standardize the clinical characterization of patients with COVID-19 so their data can be studied. 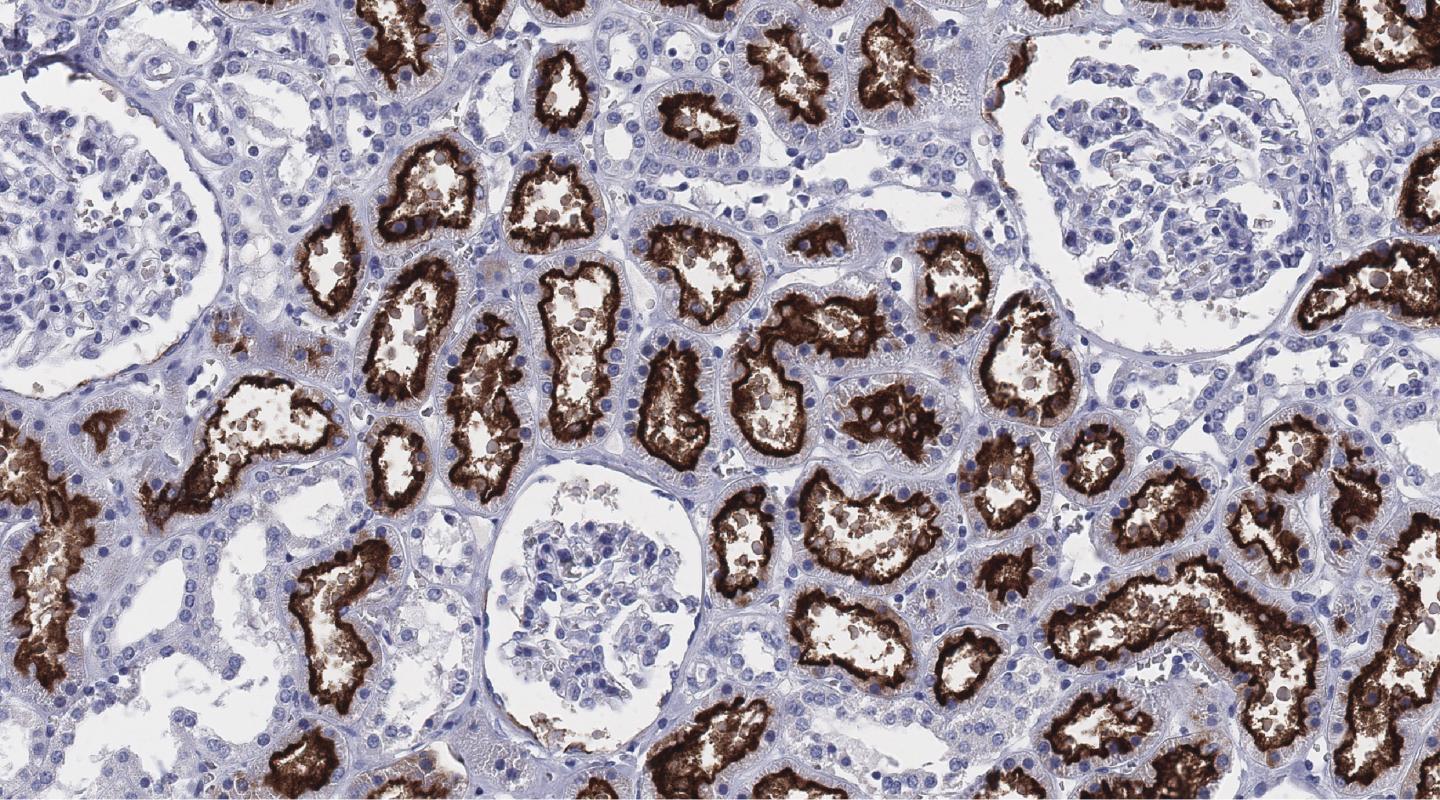 Researchers at Uppsala University have described the presence, throughout the human body, of the enzyme ACE2.

Button Project Lets Children See the Faces Behind the Masks

When COVID-19 cases began rising in Nashville, masking became a regular part of life across Vanderbilt University Medical Center and Children’s Hospital as one of several public health safety measures to protect employees and patients from potential COVID-19 exposure. Children’s Hospital decided to get creative to ensure that the 1,700 children and families who visit the hospital and clinics each day can see that the same friendly faces they’ve always known still exist behind the masks. 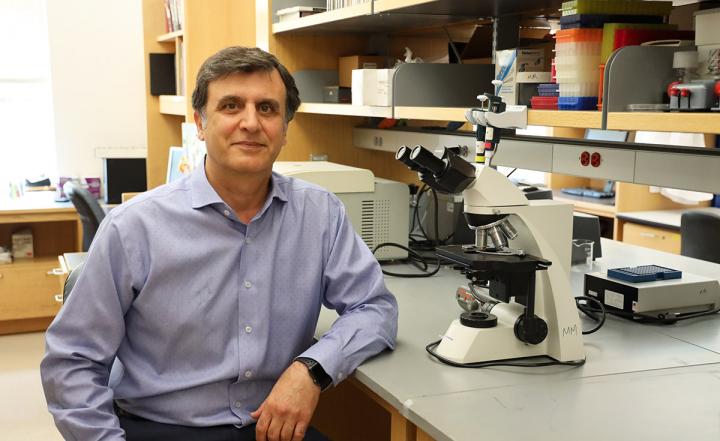 The COVID-19 pandemic has had detrimental effects on global infrastructure sectors, including economic, political, health care, education and research systems, and there is still no definitive treatment strategy for the disease.

A media comprised of a sandwich of materials, tested by Sandia National Laboratories, is being manufactured into N95-like respirators that could be used in local medical facilities. The project originated from the urgent need for personal protective equipment when the COVID-19 outbreak began.

Irvine, Calif., Aug. 5, 2020 – When the coronavirus pandemic hit, almost everyone at the University of California, Irvine – and colleges across the nation – had to abandon campus. But James Nowick, professor of chemistry, was not a part of that exodus. That’s because his lab, which designs and constructs chemical molecules, had the right equipment to help in the global push to find treatments for COVID-19.

A reporter's PressPass is required to access this story until the embargo expires on 6-Aug-2020 11:00 AM EDT The Newswise PressPass gives verified journalists access to embargoed stories. Please log in to complete a presspass application. If you have not yet registered, please Register. When you fill out the registration form, please identify yourself as a reporter in order to advance to the presspass application form.

Imitation May Be a Sincere Form of Treatment

The National Institutes of Health will soon launch a phase II clinical trial to evaluate the safety and efficacy of potential new therapeutics for COVID-19, including the use of investigational synthetic monoclonal antibodies. Davey Smith of UC San Diego is the protocol chair and answers questions.