The research, published today in Proceedings of the National Academy of Sciences (PNAS), extends an earlier PNAS study by first author Katrin Schmelz, a psychologist and behavioral economist at the University of Konstanz, documenting that a major source of vaccine hesitancy is distrust of government. She found that enforced vaccinations reduce people’s desire to be vaccinated, particularly among those with low levels of trust in public institutions.

In the new study, Schmelz and economist Samuel Bowles of the Santa Fe Institute exploit a large panel survey implemented in Germany during the first and second waves of the pandemic. Despite infections in Germany being 15 times more common in the second wave of both the pandemic and the survey, the researchers observed increased opposition when they asked participants a hypothetical question about how they’d respond if vaccinations were to be legally required (the German government is publicly committed not to require vaccinations). In contrast, there was a higher and undiminished level of support for the voluntary vaccinations now in force.

The authors also draw on evidence from the dynamics of diffusion of novel products and technologies such as TVs and washing machines in the last century. They reason that as those who are hesitant or opposed to vaccination see that others are getting vaccinated, they might change their mind. Learning from others’ vaccination decisions – “conformism” in psychology – means that even if initial vaccination hesitancy is substantial, as more become vaccinated it may be possible to get to a herd immunity target without mandating vaccines.

They also use experimental evidence from behavioral economics showing that explicit incentives, whether in the form of carrots or sticks, may crowd out intrinsic or ethical motives. Policies that aim to incentivize a desired behavior, such as getting vaccinated, can actually undercut individuals’ sense of a moral or ethical obligation to do the right thing.

This is evident in their data. Mandating vaccinations by law directly reduces the desire to be vaccinated. Their model also suggests an adverse indirect effect: enforcement will reduce the extent to which others being vaccinated will induce vaccine hesitators to become willing, as this carries a weaker signal. Schmelz says “How people feel about getting vaccinated will be affected by enforcement in two ways — it could crowd out pro-vaccine feelings, and reduce the positive effect of conformism if vaccination is voluntary.”

Bowles says this should be a caution to governments considering mandated policies: “Costly errors may be avoided if policymakers reflect carefully on the costs of enforcement. These could not only increase opposition to vaccination, but also heighten social conflict by further alienating citizens from the government or scientific and medical elites,” he says. Nonetheless, he says government enforcement “may still be necessary if the number wishing to be vaccinated is insufficient to control the pandemic.”

Schmelz concludes that “Our findings have broad policy applicability beyond COVID-19. There are many cases in which voluntary citizen compliance to a policy is essential because state enforcement capacities are limited, and because results may depend on the ways that the policies themselves alter citizens’ beliefs and preferences,” adding that “… examples include policies to promote lifestyle changes to reduce carbon footprints or to sustain tolerance and mutual respect in a heterogeneous society.”

Journal Link: Proceedings of the National Academy of Sciences (PNAS) 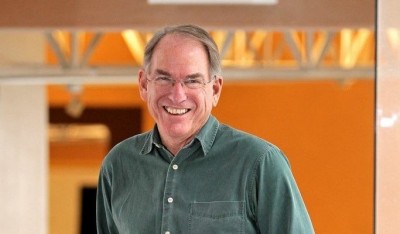