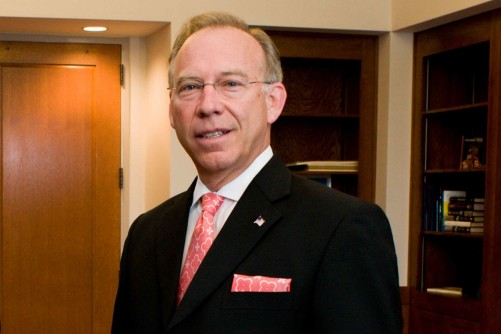 Inaugurations and inaugural speeches traditionally articulate and set forth the principles that will govern the new administration and conclude with a vision of America looking forward. Virginia Tech’s Bob Denton says President-elect Trump needs to be mindful of his audience on Inauguration Day.

“This is not a campaign speech or event. He is not to persuade but to affirm. This day is really not about him but about the transition of government, American tradition, and the institution of the American Presidency,” said Denton.

Denton is a recognized expert on politics, political communication, the presidency and political campaigns.

“This address is the first act for him, transitioning from candidate Trump, President-elect Trump to President of the United States of America. This speech is for history, not the first 100 days, not for the mid-term elections nor for reelection.”

Denton acknowledges Trump may not follow tradition given his unorthodox campaign. He thinks Trump would do well to: • Acknowledge the divisions in the country, and even the concerns of those who are unsure of him. • Call for unity and promise to be the leader of all Americans. • Provide very broad goals he hopes to achieve. Avoid presenting a “dark” vision of America today. • Conclude with a pledge once again to do his best, and to be a president of all people.

Professor Denton specializes in political communication with a focus on media and politics, political campaigns, and presidential discourse. He holds the W. Thomas Rice Chair in the Pamplin College of Business and is Professor and Head of the Department of Communication at Virginia Tech. His most recent book, co-authored with Ben Voth is titled “Social Fragmentation and the Decline of the American Democracy: The End of the Social Contract.” The book explores the social and political implications of what we identify as the decline of the social contract in America and rise of a citizenry that has become self-centered, entitled, and independent.