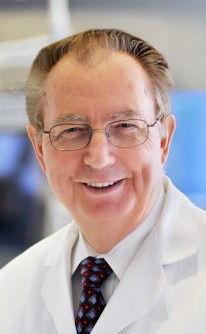 Mattox, also chief of Surgery at Ben Taub General Hospital, will serve a one-year term in that position for the association through May 2013.

“This is one of the the highest honors from my professional colleagues that I have received in my career. Recognizing a surgeon from a county hospital system is a major statement by this premier surgical organization. It acknowledges the value and importance of this kind of system in the healthcare industry of America,” he says.

The American Surgical Association was founded in 1880 and is the nation's oldest surgical organization. Its members include the nation’s most prominent surgeons from the country's leading academic medical institutions, many of whom are chairs of departments of surgery at these institutions.

Among his numerous affiliations and memberships, Mattox currently serves as consultant to the Center for Biologic Evaluation and Research of the U.S. Food and Drug Administration, board chairman of the John P. McGovern Museum for Health and Medical Science, and secretary-treasurer of the Michael E. DeBakey International Surgical Society.

Mattox also has served on the board of directors of the Harris County Hospital District Foundation, Wayland Baptist University, American Association for the Surgery of Trauma, Southeast Texas Trauma Regional Advisory Council, and the American College of Surgeons’ Board of Governors.