Whether one is winning one dollar or a million dollars, the elements of luck vs. skill do not change 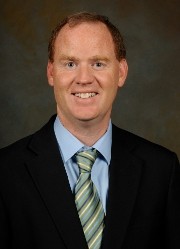 Newswise — As a sports media scholar who has conducted research on fantasy sports play, I find myself fielding quite a few questions from a variety of constituencies relating to the rapid explosion of daily fantasy games. Usually, it’s the core question: “Do you think this stuff is gambling?” My response is usually some variation of: how much time do you have?

For the uninitiated, fantasy sports involve selecting players from various teams within a league, drafting them as your own, and competing against others to become your own General Manager. Traditional fantasy sports play consists of typically 10-12 people in a league, building teams and attempting to claim league domination. Money is involved, but it’s negligible; 90% of traditional players spend less than $50 per season—half play for free.

Daily fantasy sports use many of the same mechanisms, but allow one to draft a new team for each game. They also are much more fee-driven. FanDuel and DraftKings have quickly emerged as billion-dollar companies. In this model, players are assigned values, daily fantasy participants select players while under a salary cap and - much like traditional fantasy play - winners are determined via on-field performance.

The Unlawful Internet Gambling Enforcement Act of 2006 created an exception, a carve-out, for traditional fantasy participation, arguing that these games inordinately focus on skill rather than luck. Should daily fantasy leagues should be part of this exception as well?

To answer this skill vs. luck dilemma, let us take, for a moment, examples from each extreme. We have games of pure luck. Slot machines. Roulette. Candy Land. These games have no professionals; there is no way to increase (or decrease) one’s odds. On the other extreme is a test of pure skill. These are honestly quite rare—perhaps chess fits this classification.

Where do traditional fantasy sports fall on this spectrum? Clearly, one could argue, toward the side of skill. Place a sheet with all the NFL players’ names on a dart board and select the ones where your darts land and the result will be a truly bad league record.

Daily games follow many of the same structures, yet change the equations in three noteworthy ways:

1. Repetitions. The more you play a game, the more the cream rises to the top. Consider college football; by the end, the contenders have generally been separated from the pretenders. The same is true with fantasy play — less games in daily means more randomness.

2. Permutations. The more decisions one has to make, the more skill is involved. Roulette has no decisions affecting one’s odds; poker has infinitely more (fold/play, amount of bet, raise, call, etc.). Arguably, daily fantasy play has more decisions each week than traditional play - the possible lineups number in the billions.

3. Financial wins/losses. The quicker the cash turnaround, the more likely people are to equate it with gambling. No heavy gambler generally joins a fantasy football league in August hoping for a profit by Christmas. They want profits in moments. With daily fantasy sports, that quick payment is very real.

So, is daily fantasy sport more skill than luck? I would argue yes. Is it gambling? I’ll leave that to the experts defining gambling. So many legal things have a fair bit of luck involved (stock markets) or are entirely based on chance (lotteries). Meanwhile, many forms of illegal gambling, such as Texas Hold ‘Em poker require odds calculations, nonverbal communication decoding, and a vast sense of factorial math. There are many shades of gray.

What is clear is that whatever definition one uses should not be based on the amounts of money involved. Whether one is winning one dollar or a million dollars, the elements of luck vs. skill do not change.

What is also clear is that the daily industry needs some sort of safeguards and regulation. How that happens is still evolving. In the meantime, the games play on.

Andrew C. Billings is the Ronald Reagan Chair of Broadcasting and Director of the Alabama Program in Sports Communication in the Department of Telecommunication and Film at the University of Alabama. He is the author/editor of ten books including The Fantasy Sport Industry: Games within Games.Billings is set to present research at the Fantasy Sports Trade Association on Jan. 19 in Dallas, Texas. There, he’ll focus on daily vs. traditional play and how motivations are different and whether it’s moved more firmly to the gambling realm. The FSTA stop is part of a four-part trip that includes Los Angeles, Washington, D.C. and Denver, Colorado.