Biochemical Tricks of the Hibernating Bear 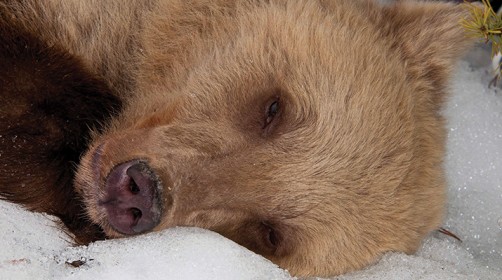 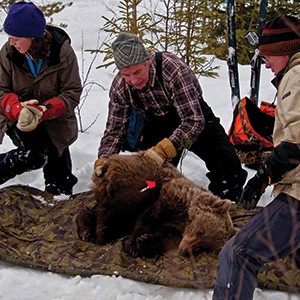 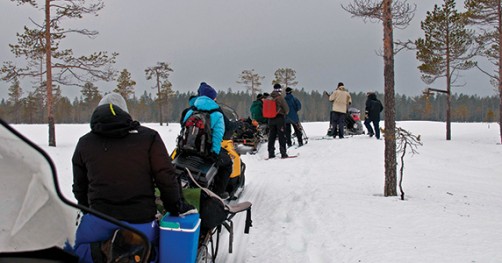 Newswise — Winter is in full swing, and many of us have fantasized about curling up in a warm cave and slumbering until the warmth of spring arrives, just like a bear. Bears have the ability to sleep away the harsh winter months when food is scarce. They can spend five to seven months in hibernation. During this time, bears do not eat, drink, excrete or exercise. Despite the length of inactivity, bears do not experience bone loss, muscle loss, heart complications or blood clots like humans do during extended bouts of inactivity.

In a recent paper published in the Journal of Biological Chemistry, Karen Gjesing Welinder at Aalborg University in Denmark and colleagues set out to understand how wild Scandinavian brown bears protect their health and save energy during hibernation.

“The bear’s tricks for hibernation adaptations can inspire and teach us to prevent effects of the restricted mobility of astronauts and of long-term hospitalized patients,” says Welinder. “Immobile people lose muscle and bone mass, get blood clots, atherosclerosis and cardiac diseases. Immobile bears do not. Our deeper understanding of the tremendous physiological placidity encoded in animal genomes might be exploited in healthier lifestyles and medical treatments.”

To understand how bears maintain their health during hibernation, Welinder and colleagues decided to look for differences in the levels of blood constituents between hibernating and nonhibernating brown bears. The molecules circulating in the bloodstream play important roles in cellular defenses, nutrient transport and cell signaling. The researchers used a multitude of screening tools in this study to analyze the molecular components in the blood, including mass spectrometry-based quantitative proteomic, metabolomic and hematological analyses of blood cells.

The investigators discovered that the bears’ secret to maintaining their health during hibernation lies in saving energy on protein synthesis. During hibernation, complex pathways with many proteins are turned down or eliminated and are replaced with a small number of proteins with broader specificity and wide ranges of functions. This switch from complexity to simplicity allows bears to decrease the energy necessary to maintain important molecular processes for survival during hibernation.

Welinder and colleagues found that while the large majority of protein levels decreased during hibernation, the overall protein concentration increased due to dehydration and an increased level of serum albumin. The change allowed the bear to spend less energy synthesizing proteins to maintain functional protein concentration levels. Additionally, protein degradation was repressed by a 6 °C decrease in body temperature and an increase in expression of alpha-2-macroglobulin, a broadly acting protease inhibitor. This further saved energy on costly protein synthesis by decreasing protein turnover.

Welinder and colleagues found that even though protein expression decreased overall, there were a few select proteins that were drastically elevated during hibernation. Bile salt-activated lipase, which can hydrolyze both triglycerides and cholesterol esters, was elevated 32-fold during hibernation and allowed the bears efficiently to harvest energy from stored fat. Only the three central coagulation factors, fibrinogen, thrombin and factor Xa, were increased during hibernation; together, these factors facilitate wound healing, only permitting local formation of blood clots when needed. Furthermore, the immune response was simplified to a few antimicrobial proteins, such as lysozyme, which acts as the innate line of defense against infection.