Newswise — STONY BROOK, N.Y., April 24, 2017— Climate change is predicted to cause a series of maladies for world oceans including heating up, acidification, and the loss of oxygen.  A newly published study published online in the April 24 edition of the Proceedings of the National Academy of Sciences entitled, “Ocean warming since 1982 has expanded the niche of toxic algal blooms in the North Atlantic and North Pacific Oceans,” demonstrates that one ocean consequence of climate change that has already occurred is the spread and intensification of toxic algae.

A team of scientists led by Dr. Christopher Gobler, marine science professor in the School of Marine and Atmospheric Sciences at Stony Brook University, used high resolution ocean temperature data along with the growth response of two of the most toxic algae in the North Atlantic and North Pacific Oceans called Alexandrium and Dinophysis. Their study demonstrates that since 1982, broad stretches of these ocean basins have warmed and become significantly more hospitable to these algae and that new ‘blooms’ of these algae have become common in these same regions. Alexandrium and Dinophysis are serious health concerns as they make neurotoxins and gastrointestinal toxins that can cause paralytic and diarrhetic shellfish poisoning in humans.

“Toxic or harmful algal blooms are not a new phenomenon, although many people may know them by other names such as red tides,” said Gobler. “These events can sicken or kill people who consume toxin-contaminated shellfish and can damage marine ecosystems by killing fish and other marine life.”

The problem is worsening.

“The distribution, frequency and intensity of these events have increased across the globe and this study links this expansion to ocean warming in some regions of the North Atlantic and North Pacific Oceans,” Gobler said.

“A fundamental question has been whether we can directly link expansion of harmful algal blooms to a warming ocean; this paper provides critical, quantitative evidence for just that trend, confirming an expected, but difficult to test, direct link between toxic blooms to climate,” said Dr. Raphael Kudela, Professor of Ocean Sciences, University of California Santa Cruz, a national toxic algae expert who was not part of the study.

Marine algae are so tiny—50 of them side by side span only the width of a single hair—that they may seem harmless. But when billions of toxic cells come together, they can poison humans, kill marine life, and economically harm coastal communities.  Economic losses attributed to this phenomenon over the course of the last decade have been estimated at more than one billion dollars.

While several studies have predicted that toxic algae blooms may become more common in the future, this is one of the first studies to link the recent intensification of these events to ocean warming. Confidence in the findings of the study came from the match of the findings to one of the central principles of global warming biology: Organisms (including toxic algae) will migrate towards the Earth’s poles as warming progresses. And the identification of newly hospitable regions of the ocean for these algae in the study matches newly documented toxic algal blooms.

“The model predicts increasing temperatures will cause an increase in Alexandrium growth and bloom duration for the south-central and southeast coasts of Alaska,” said NOAA-scientist and co-author, Dr. Wayne Litaker. “Ongoing field studies have shown an increase in Alexandrium abundance and shellfish toxicity as temperatures have increased significantly in these regions in recent years, supporting the model results.”

Similar observations were made across Northern Europe and the east coast of North American from Canada through the Northeast US.

“It was amazing and reassuring to see our hindcast models fall in-line with observations reported in the literature over the past 30 years,” said co-author, Dr. Theresa Hattenrath-Lehmann, a post-doctoral scholar in the Gobler Lab at Stony Brook University. “It gives us confidence that these model parameters and our approach can be applied to HAB forecasting efforts in the future.”

The study brought together biologists with climate scientists who made use of ecosystem observations, laboratory experiments, and thirty-five years of satellite-based temperature estimates that are made daily and with a very high degree of spatial resolution.

"Today collaborating with scientists outside of your discipline is almost a requirement to solve the tough questions,” said climate modeler and co-author, Dr. Owen Doherty. “This study showed the value of interdisciplinary collaboration through a novel combination of laboratory, observational and modeling work.”

One of the trends in the study that is consistent with climate change science, in general, was the poleward migrations of these toxic algae, particularly in the North Atlantic.  While the growth and duration of toxic blooms expanded between 40 and 60 degrees North latitude, the bloom season actually shortened at lower latitudes.

The study also has important consequences for policy and the future of the oceans.

“This study demonstrates that the global warming that has already occurred is now impacting human health and our oceans,” said Gobler. “An important implication of the study is that carbon emission and climate change-related policy decisions made today are likely to have important consequences for the fate of our future oceans, including the spread and intensification of toxic algal blooms.”

Funding sources: This work was supported by the Simons Foundation, the Laurie Landeau Foundation as well as awards from NOAA’s National Ocean Service (NA11NOS4780027, NA15NOS4780183).

Stony Brook University is going beyond the expectations of what today’s public universities can accomplish. Since its founding in 1957, this young university has grown to become one of only four University Center campuses in the State University of New York (SUNY) system with more than 25,700 students, 2,500 faculty members, and 18 NCAA Division I athletic programs. Our faculty have earned numerous prestigious awards, including the Nobel Prize, Pulitzer Prize, Indianapolis Prize for conservation, Abel Prize and the inaugural Breakthrough Prize in Mathematics. The University offers students an elite education with an outstanding return on investment: U.S. News & World Report ranks Stony Brook among the top 40 public universities in the nation. Its membership in the Association of American Universities (AAU) places Stony Brook among the top 62 research institutions in North America. As part of the management team of Brookhaven National Laboratory, the University joins a prestigious group of universities that have a role in running federal R&D labs. Stony Brook University is a driving force in the region’s economy, generating nearly 60,000 jobs and an annual economic impact of $4.65 billion. Our state, country and world demand ambitious ideas, imaginative solutions and exceptional leadership to forge a better future for all. The students, alumni, researchers and faculty of Stony Brook University are prepared to meet this challenge.

Co-authors of the paper: 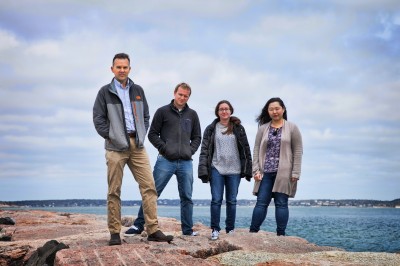 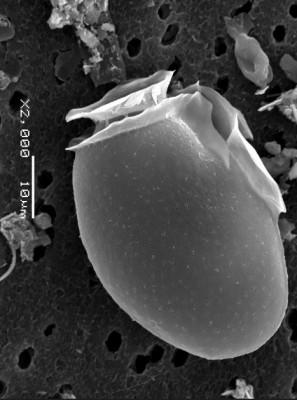 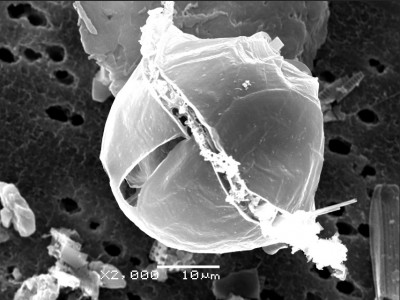