Can Poor Vision or Hearing Affect Your Mind? 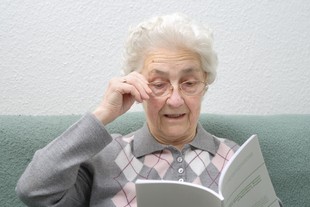 Visual impairment can influence thinking, memory and mood, but negative effects can be minimized.

Newswise — Loss of acuity in hearing and vision is a common accompaniment to aging. While only an estimated one in every 1,000 people under the age of 45 has visual impairment, one in every 13 people over the age of 65 does, according to the American Foundation for the Blind. Hearing suffers a similar decline: among people aged 65 to 74, 23 percent have trouble hearing; after age 75, the figure climbs to nearly 40 percent.

In addition to weakening important connections to the environment, this often gradual onset of sensory deprivation can have other important effects on the brain. It is associated with the development of mood disorders, and with declines in key aspects of mental functioning. Finding ways to prevent sensory change, and to adjust to impairments if they develop, is important to maintaining mental health as we age, according to Massachusetts General Hospital's Mind, Mood & Memory.

"Vision and hearing loss are major public health issues because they affect so many older individuals, and because they have an adverse impact on mental health," says Dennis Norman EdD, Chief of Psychology at Massachusetts General Hospital. "If the senses are limited, everything is affected, including interaction with surroundings, relationships, activities, and feelings of self-worth. Impairment can lead to depression, anxiety, social isolation and many other problems."

WHEN SENSES DECLINEVisual impairment is defined by the U.S. Centers for Disease Control and Prevention as blindness in one eye, blindness in both eyes, or any other significant trouble seeing. Hearing impairment is defined as deafness in one ear, deafness in both ears, or any other significant trouble hearing. According to CDC figures, an estimated 3.6 million Americans aged 70 or over suffer from some form of visual impairment, while 6.7 million older adults report hearing impairment. An estimated 1.7 million adults aged 70 and over report both vision and hearing impairment.

These older people with sensory deficits are at greater risk for a variety of health problems, according to a recent CDC survey. Compared to older individuals without impairments, those with sensory impairment are significantly more likely to encounter functional problems such as difficulties in walking, getting outside, getting into or out of a bed or chair, or managing medications. They are more vulnerable to falls, hypertension, heart disease, stroke, and depression. Those with visual impairment are also less likely to socialize than individuals without sensory impairment.

"That's why evaluating vision and hearing should be part of any health checkup," Dr. Norman says. "It's important to catch subtle changes, because the earlier you treat them, the better people are able to deal with the impairments."

MOOD EFFECTSPeople with vision and hearing problems are also more vulnerable to depression and anxiety, and are less likely to engage in social activities. Depression is characterized by a low mood lasting two weeks or more with symptoms such as pervasive sadness, loss of interest in activities usually enjoyed, feelings of worthlessness, changes in appetite and sleep patterns, agitation, fatigue, and suicidal thought.

A study presented at the International Congress Series in London in April 2005 found that among a group of people with seriously impaired vision, 22 percent exhibited signs of major depression. A National Council on Aging study of 2,300 people with hearing loss found that among individuals with untreated impairment, up to 30 percent reported major depression, and up to 17 percent reported suffering anxiety for a month or more in the preceding year. Mood disorders associated with sensory impairments were often significantly improved through rehabilitation training and/or the use of assistive devices such as hearing aids.

COGNITION EFFECTSResearch suggests that cognition and memory, too, can suffer when vision and hearing fade, although the precise reasons for these changes are not clear. A study of 2,946 people with age-related macular degeneration (AMD, a condition in which a key area of the retina degenerates and people lose the ability to see objects in detail) uncovered a strong link between visual problems and cognitive impairment. From 2000 to 2004, researchers measured the degree of visual impairment of each subject, then administered a series of six tests designed to measure thinking, learning and memory abilities. They found subjects with the greatest degree of visual impairment had the poorest average scores on the test of cognition, and that scores decreased as vision decreased, according to a report in the April 2006 issue of Archives of Ophthalmology. The authors proposed that AMD and cognitive decline may result from common risk factors; or that visual impairment may cause cognitive impairment by reducing people's participation in stimulating events; or that impairment may cause depression and isolation, which may then lead to cognitive decline.

People with hearing impairment may also experience problems with cognitive functioning. Work by researchers at Brandeis University suggests that memory ability among people with hearing loss may be compromised by the extra effort required to hear. In a study comparing a group of older people with mild-to-moderate hearing impairment with a similar group without hearing impairment, participants were read a list of 15 words and instructed to remember only the last three words. People with hearing impairments were able to remember the final word as well as the unimpaired, but they did significantly worse at remembering the other two words. Differences between the two groups may indicate that resources that would otherwise be available for higher-level comprehension or encoding information in memory was expended by the hearing-impaired in the effort to hear accurately, the researchers suggested.

PREVENTING SENSORY CHANGESMake an effort to prevent hearing and vision loss by getting regular checkups to catch problems early, and by taking preventative measures such as these:

Protect your eyes by wearing sunglasses to reduce exposure to ultraviolet radiation (UV) that might damage the eyes; use eye protection when operating machinery that may inflict injury from flying objects such as sparks or chips.Protect your ears from loud noises (85 decibels or more) that can damage the delicate hair cells of the inner ear by avoiding noise sources, using earplugs or keeping earphone volume low.

Maintain health by getting regular medical checkups, giving up smoking, and managing conditions such as diabetes and high blood pressure that can damage eyes and/or ears.

Consider supplements. Ask your doctor about taking supplements. In addition to the vitamins and minerals mentioned above, supplements of bilberry (huckleberry) have been thought to perhaps help protect eyesight, and ginkgo biloba and vinpocetine may help prevent or ameliorate hearing problems. There are also basic steps that can be taken to help people cope with existing impairment of hearing and vision.

"Recognize the fact that you or a loved one may need assistance," advises Dr. Norman. "Try to accept help from others, and take advantage of devices such as magnifying lenses and hearing aids that can help ensure independence."

WHAT YOU CAN DOGet professional help for mood disorders such as anxiety and depression.Make an effort to continue social activities. Isolation can lead to depression and lack of mental stimulation.

Learn about the impairment, and how other people cope with it. Consider joining a support group.