Combined Effects of Copper, Climate Change Can Be Deadly for Amphibians, Research Finds 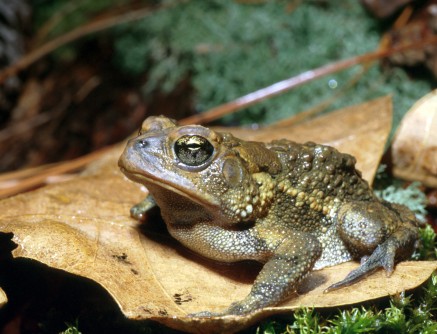 The southern toad population is in danger from both climate change and copper contamination, according to a study from the University of Georgia’s Savannah River Ecology Laboratory. 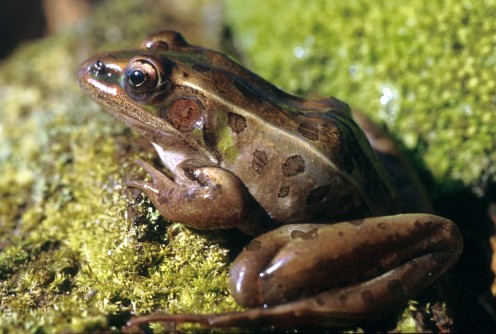 Newswise — Aiken, S.C. – Researchers at the University of Georgia’s Savannah River Ecology Laboratory warn that the extinction to two amphibian species--the southern toad and the southern leopard frog--may be hastened by the combined effects of climate change and copper-contaminated wetlands.

Scott Weir, a postdoctoral researcher who led the study, said copper is naturally found in aquatic environments and, to some extent, facilitates physiological processes. However, it is toxic at elevated levels. Seasonal wetlands, which are breeding grounds for amphibians, often contain copper and other contaminants as a result of industrial activities and runoff from roads.

Armed with data indicating warming trends in the Southeastern U.S., where the two species reside, the researchers saw the need to evaluate the combined effects of copper contamination and climate change.

“Studies often examine the impact of single environmental stressors on a species, but, in reality, a species is often hit by several stressors at once,” said study co-author Stacey Lance, an associate research scientist at the Savannah River Ecology Laboratory. “It could be multiple types of pollutants or, in this case, a metal pollutant that accumulates in wetlands along with wetland habitat changes associated with climate change.”

Weir said in addition to the copper contamination, climate change may increase the frequency of catastrophic reproductive failure.

“Climate change may cause the ponds to dry too early,” he said. “When this happens the tadpoles born that year are unable to metamorphose and get out of the pond, so they die. We refer to this as catastrophic reproductive failure.”

The results of their study, published in the journal Ecological Applications, show that at varying levels for each species, the separate and combined effects of copper and climate change may increase the risk of population extinction--an occurrence that Weir and Lance define as a population reduced to less than 10 adult females.

To produce these quantifiable results, the team developed female breeding models for each species based on historical data from Rainbow Bay, a seasonal wetland in South Carolina where UGA has studied amphibians since 1978.

“What is unique about this study is the amount of empirical data,” Lance said. “It is incredibly rare to have accurate life history estimates from a 37-year long-term field study as well as data from lab experiments on both embryos and larvae that can be integrated into the model.”

The researchers ran 1,000 simulations for a 50-year time span. Simulated populations were allowed to exist for 15 years before copper was added.

“It doesn’t take much,” Weir said. “The amounts of copper that are safe for humans in drinking water can be lethal to amphibians due to a higher sensitivity.”

Comparatively, frogs were more tolerant of copper than toads, he explained. When catastrophic reproductive failure was not present, copper didn’t cause extinction in frogs.

“At 100 parts per billion, populations were able to continue for 50 years,” he said.

When the two stressors were present in the frogs, there was a greater probability of extinction risk. This was not the case for toads, where lower levels of copper affected them more greatly.

“This is a critical point,” Weir said. “It’s not enough to do single stressor studies and add up the combined effects--some effects are synergistic.”

In contrast, catastrophic reproductive failure, a consequence of climate change, had a greater impact on both species than low to moderate amounts of copper did alone.

Weir said current climate models predict changes in temperature and precipitation patterns that could result in catastrophic reproductive failure frequencies of 10 percent to 40 percent or more.

Weir and Lance said the study has implications for all amphibians.

“Most people aren’t aware that different species of amphibians need wetlands with different hydroperiods, the amount of time a wetland holds water,” Lance said. “The influence that climate change is having on wetlands is of great concern for amphibians, which are already facing global declines.”

The researchers said industries need to reduce the use of copper for this forecast to turn around.

The study, “Integrating copper toxicity and climate change to understand extinction risk to two species of pond-breeding anurans,” is available at http://onlinelibrary.wiley.com/doi/10.1002/15-1082/full. 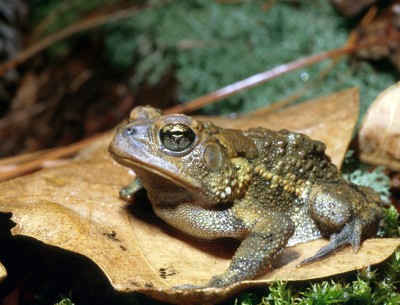 Caption: The southern toad population is in danger from both climate change and copper contamination, according to a study from the University of Georgia’s Savannah River Ecology Laboratory. 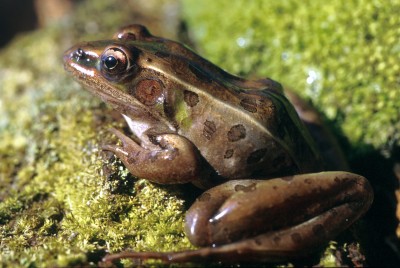