Could cancer immunotherapy success depend on gut bacteria? 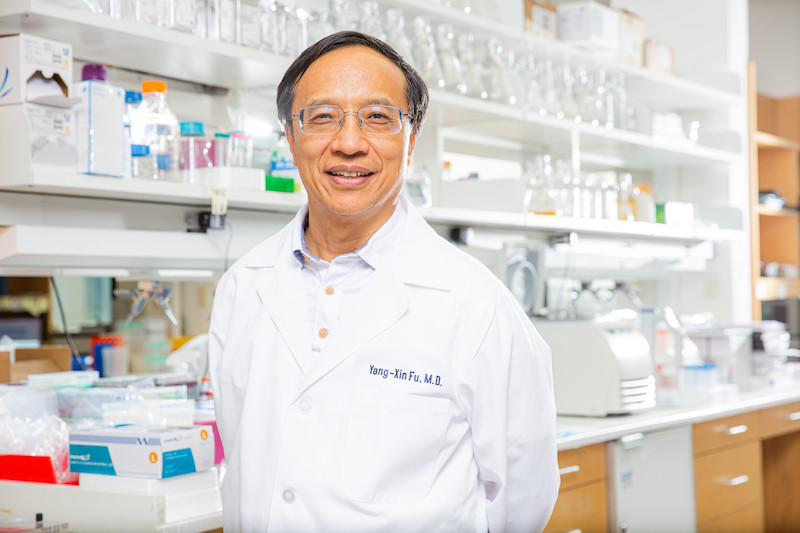 Newswise — DALLAS – March 6, 2020 – Could the response to cancer immunotherapy depend on bacteria that originate in the gut and travel to the tumor?

A study by researchers at UT Southwestern Medical Center and the University of Chicago suggests exactly that, revealing that gut bacteria can penetrate tumor cells and boost the effectiveness of an experimental immunotherapy that targets the CD47 protein.

Using mouse models of malignancy, the scientists found that the intestinal microbe Bifidobacterium accumulates within tumors, transforming anti-CD47 unresponsive tumors into responsive ones.

The team’s study, published today in the Journal of Experimental Medicine, discovered that the response to treatment depends on the type of bacteria living in the animals’ guts. They then identified the mechanism, finding that the combination of antibodies against CD47 and gut bacteria works via the body’s STING pathway of innate immunity – the body’s first line of defense against infection.

In one experiment, they studied mice raised in two different facilities and that had distinct mixtures of bacteria in their intestines. One group was responsive to anti-CD47 and another was not. The second group became responsive, however, after being housed with the responders, indicating that oral transfer or contact transmission of gut bacteria occurred between groups, the researchers say.

The protein CD47 is expressed in high levels on the surface of many cancer cells, where it acts as a “don’t eat me” signal to the immune system’s macrophages, commonly known as white blood cells. As a result, anti-CD47, also known as CD47 blockade therapy, is currently under investigation in multiple clinical trials. However, the mouse studies that predated those trials had mixed results, with only some mice responding to the anti-CD47 therapy, explains corresponding author Yang-Xin Fu, M.D., Ph.D., professor of pathology, immunology, and radiation at UT Southwestern.

“We felt we needed to improve anti-CD47 therapy and understand the mechanisms,” he says, leading them to wonder about the gut microbiome, the bacteria that grow in the intestines and aid with digestion. That bacterial ecosystem, sometimes called the microbiota, is also known to affect the gut’s ability to resist pathogens and the host’s response to cancer immunotherapy.

“But how the microbiota does that has been unclear,” Fu says. “This study finds that some of the bacteria from the gut travel to the tumor and get into the cells, or microenvironment, where the bacteria facilitate CD47 blockade’s ability to attack the tumor. We found it does that via the immune signaling pathway called stimulator of interferon genes (STING).”

The findings suggest that a probiotic might someday be used to improve anti-CD47 therapy, says Fu, a Cancer Prevention and Research Institute (CPRIT) Scholar and holder of the Mary Nell and Ralph B. Rogers Professorship in Immunology at UT Southwestern.

The researchers also found that tumor-bearing mice that normally respond to anti-CD47 treatment failed to respond if their gut bacteria were killed off by antibiotics. In contrast, anti-CD47 treatment became effective in mice that are usually nonresponsive when these animals were supplemented with Bifidobacteria, a type of bacteria that is often found in the gastrointestinal tract of healthy mice and humans.

They further discovered that the bacteria migrate into tumors, activating the STING immune signaling pathway. This sets off production of immune signaling molecules such as type 1 interferons and activating immune cells that appear to attack and destroy the tumor once the anti-CD47 agent nullifies the CD47’s “don’t eat me” tag, the researchers report. The researchers found that mice genetically unable to activate type 1 interferon failed to respond to the bacteria-immunotherapy approach. Similarly, mice unable to access the STING pathway showed no benefit from the combined bacteria-immunotherapy approach, confirming that STING signaling is essential.

“It is very possible that more than one type of gut microbiota could enhance tumor immunity in a similar way and we would like to investigate that,” he adds.