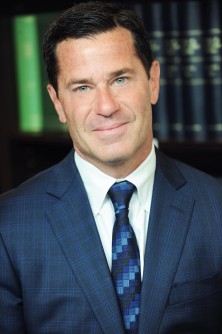 For your Science of Super Bowl initiative:

He has conducted extensive research on sports performance and return-to-sport after ACL reconstruction in high-level athletes, including NBA, NCAA, and NFL players and focuses his research in this population on ways to determine safe RTS and analyze athlete performance after returning to the field. Finally, he is a world-leader in meniscus and articular cartilage transplantation and treatment of athletes who have cartilage problems that otherwise prevent them from participating in high level sports.

Dr. Cole has made multiple media appearances. These include a Ted X Talk in which he advocates for a patient-centered approach to surgical decision-making to ensure the best possible outcomes and Nik Wallenda’s tightrope stunt in Chicago for which he provided expert medical commentary.

He understands the time commitments for this event and is willing to carve out the necessary time to facilitate this 2017 Newswise initiative. To learn more about Dr. Cole, please visit his website: www.BrianColeMD.com