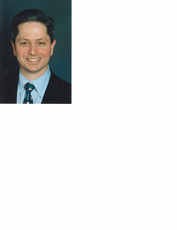 Newswise — Following evidence of tumor shrinkage in a recent clinical trial at The Cancer Institute of New Jersey (CINJ), new research has just begun to further measure the effects of a drug commonly used for Lou Gehrig's disease (ALS) in the treatment of melanoma. CINJ is a center of excellence of UMDNJ-Robert Wood Johnson Medical School.

Melanoma is the most serious of skin cancers, and unlike other types, often spreads to other parts of the body. When that happens, patients have a five-year survival rate of less than ten percent. According to the American Cancer Society, more than 62,000 cases of melanoma were diagnosed nationwide in 2008 with nearly 2,300 cases in New Jersey. No effective treatments are available for advanced disease and that is why investigators at CINJ are further focusing their efforts on the drug riluzole.

Melanoma cells often produce a protein called Grm1, which aids in the growth of the disease. Riluzole, which is approved by the United States Food and Drug Administration for the treatment of ALS (a disease that affects nerve cells in the brain and spinal cord), has been shown to block Grm1's action. In the CINJ clinical trial, investigators are looking to see if the drug slows the growth of melanoma in patients. The work is based on that of the laboratory of Suzie Chen, CINJ member and professor of chemical biology at the Ernest Mario School of Pharmacy at Rutgers University.

James S. Goydos, MD, who is the director of the Melanoma and Soft Tissue Oncology Program at CINJ and lead investigator of both trials, says the initial findings provide a promising base for expanded research, "In one patient, a lesion completely disappeared. In another, tumors shrunk by 90 percent, and stiff and enlarged lymph nodes completely went away in another." Dr. Goydos, who also is an associate professor of surgery at UMDNJ-Robert Wood Johnson Medical School, notes the future goal is to look at combining riluzole with other drugs that have been shown to decrease growth in cancer tumors.

Prior to the study, selected patients will undergo certain x-ray type scans and will have a small sampling of tissue removed from the tumor, if possible. Patients will then take riluzole by mouth daily for one year or until the tumor becomes larger. Other scans as well as blood tests and physical exams will be performed throughout the duration of the study.

Adult patients with the diagnosis of stage III or IV melanoma who cannot undergo an operation to remove their tumor, are potentially eligible to take part in the trial, although other criteria must be met. For more information on how to take part, individuals should call CINJ's Office of Human Research Services at 732-235-8675.

Clinical trials, often called cancer research studies, test new treatments and new ways of using existing treatments for cancer. At CINJ, researchers use these studies to answer questions about how a treatment affects the human body and to make sure it is safe and effective. There are several types of clinical trials that are currently underway at CINJ, including those that diagnose, treat, prevent, and manage symptoms of cancer. Many treatments used today -- whether drugs or vaccines; ways to do surgery or give radiation therapy; or combinations of treatments -- are the results of past clinical trials.

About The Cancer Institute of New Jersey