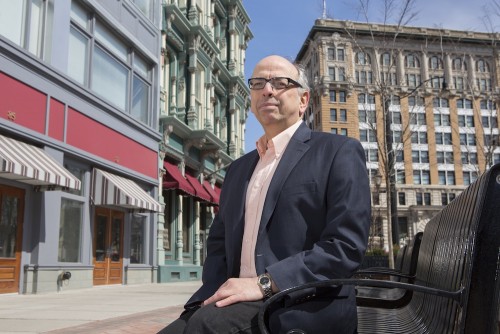 Newswise — BINGHAMTON, NY – While environmental issues are often cited as a major factor in cities and towns in pursuing sustainability, a new study shows that economic concerns can be just as important to local governments in adopting concrete sustainability plans.

Researchers from Binghamton University, Cornell University, the International City/County Management Association (ICMA), and two divisions of the American Planning Association measured local government action on energy, water, waste, land use and transportation, as well as social equity and economic development across 1,900 local governments. They found that, along with environmental concerns, the potential for fiscal savings and attracting development projects were significant factors in motivating sustainability efforts in these communities. The findings were published in the 2015 Local Government Sustainability Practices Survey.

“We found that fiscal concerns and economic development are important motivators for municipal governments to adopt new sustainability plans,” said George Homsy, assistant professor of public administration at Binghamton University. “The biggest barriers for new sustainability plans are lack of funding and not having the organizational capacity to carry them out.”

The survey also revealed planning for sustainable land use and transportation is more challenging, because it requires the municipal and state government to work together. While almost 47 percent of local governments have environmental goals, only 19 percent of local governments have dedicated budget resources for sustainability or environmental protection, and only 9 percent had dedicated staff.

“Our research shows that knowledge on sustainability needs to be exchanged between neighboring municipalities and with higher levels of government,” Homsy said. “This can lead to co-production knowledge and policy – which builds local support, collaboration among neighbors and coordination from the local to state to national levels.”

Funding for the study was provided by the National Institute for Food and Agriculture of the U.S. Department of Agriculture.