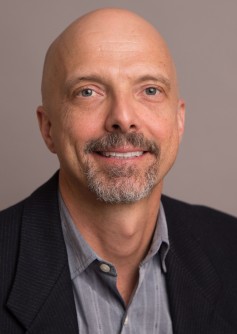 Newswise — AMES, Iowa – Traumatic events can have a profound effect on communities. Whether it is a terrorist attack or a natural disaster, such as a hurricane or tornado, the aftermath can have lasting effects, especially on children.

How children respond in the wake of mass traumatic events is related to their perceptions of competence – or how they view their ability to control a situation, said Carl Weems, professor and chair of human development and family studies at Iowa State University. An overwhelming challenge, such as a natural disaster, can disrupt the development of that sense of well-being.

In a paper published by the journal Applied Developmental Science, Weems and his colleagues evaluated perceptions of competence and symptoms of post-traumatic stress disorder in children and teens exposed to hurricanes Katrina and Gustav and the Deepwater Horizon oil spill. They found that children with higher levels of competence were overall more resilient and had fewer PTSD symptoms.

However, researchers found that competence and well-being declined for older youth, specifically between the ages of 8 to 12, following the oil spill. Weems says the findings do not explain why this is the case. He and his colleagues suspect older youth had a greater awareness, compared to younger children, of the oil spill’s impact on their family and community, which affected their well-being.

The damage from Hurricane Katrina was extensive and felt by everyone, regardless of age, said Weems, who lived in New Orleans at the time. Researchers characterized Hurricane Katrina as a traumatic event because it posed a direct threat to people’s lives. While the oil spill was devastating, it was different. Not as many lives were at risk and entire neighborhoods were not leveled as a result.

“The oil spill stress involved more family economic hardship. The impact was more subtle than Katrina,” Weems said. “That’s why we think we only saw an impact from the oil spill on older children because they understood what was happening to their family.”

In the paper, researchers explained that limited awareness of long-term consequences may have made it easier for younger children to rebound from the effect of the oil spill.

Differences based on gender

Age was not the only factor to influence PTSD symptoms. In the study, girls were more likely to have higher rates of PTSD symptoms following disasters. Weems says this highlights the importance of interventions to promote competence and well-being among girls.

Researchers analyzed data from youth in five parishes or counties in the Gulf Region directly affected by Hurricanes Katrina, Gustav and the oil spill. More than 3,300 youth – 55 percent girls – between the ages of 8 and 18 were included in the study. Researchers had access to youth screenings and data collected prior to and after all three disasters.

Perceptions of competence and well-being were assessed through questions about the participants’ relationships with their parents and friends, their ability to solve problems or respond in emergencies and control actions, as well as how they feel about life. Researchers used surveys to measure symptoms of PTSD, and hurricane and oil spill exposure.

Whether it is a terrorist attack, hurricane, tornado or wildfire, a natural disaster can profoundly affect a community with little warning. Weems says understanding how children respond to these situations can help researchers build appropriate interventions. Helping children face their fears and develop coping mechanisms to deal with those fears can improve resiliency.

In previous studies, Weems and his colleagues surprisingly found kids who experienced Katrina had stable PTSD before Gustav, but a significant decrease in PTSD symptoms after hurricane Gustav, which occurred three years later. Part of the reason why may be related to the successful evacuations and the fact few lives were lost during Gustav as a result, Weems said. In a way, Gustav made them face their fear.

Weems explained that cognitive behavior therapy is based on this principle of facing your fears through “exposure” to similar events or situations, and is an effective intervention for youth experiencing difficulty after trauma. It teaches youth that they have the competence to cope.

“We think Gustav may have provided a large scale, relatively more positive exposure for many, because people evacuated and the negative effects were less compared to Katrina. This helped children to develop a sense of competence and self-efficacy,” Weems said.

“When intervening after a disaster – whether it’s a hurricane or a tornado – you want to help kids actively cope and not avoid dealing with the situation or their feelings about it. By helping them develop their own sense of competence and well-being in dealing with bad things, you’ll develop more resilient children and prevent long-lasting problems.”

Weems cautions against pushing children too far, but helping them face their fears in a safe way. He recommends cognitive behavior therapy for youth with more serious difficulties following a traumatic event or natural disaster.

Previous work by Weems and colleagues found that children watching Gustav-related TV coverage was associated with their PTSD symptoms post-Gustav. Subsequent analyses revealed the relationship between TV viewing and post-Gustav symptoms of PTSD was significant only for children who had high levels prior to the hurricane. Parents of children with anxiety disorders such as PTSD should recognize the potential effects of media, Weems said.

“Parents don’t necessarily need to keep their kids from watching the coverage, but it is best that they’re not glued to the TV,” he said. “Parents should limit viewing and process the information with their kids.”