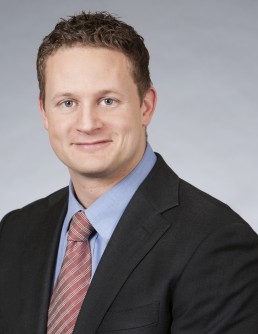 University Hospitals announced the appointment of Eric H. Beck, DO, MPH, to the position of President of UH Ventures.

Newswise — CLEVELAND -- University Hospitals has announced the appointment of Eric H. Beck, DO, MPH, to the position of President of UH Ventures, effective Jan. 22.

Dr. Beck is a seasoned healthcare executive who has been recruited to build new businesses and expand a pipeline of initiatives consistent with UH’s overall strategy.

Dr. Beck will collaborate with UH leaders to accelerate system growth through new business endeavors and expansion of existing programs. He will identify and evaluate new opportunities through acquisition, joint ventures and other arrangements to further UH’s strategic plan, while managing a portfolio of assets to maximize growth.

Dr. Beck has a solid track record of business innovation and success. He comes to UH from the University of North Texas Health Science Center where he has been serving as President and CEO for the UNT Health clinical enterprise, as well as Associate Professor and Chair for the Department of Emergency Medicine.

Previously, Dr. Beck was a senior executive with Envision Healthcare, a national publicly traded healthcare services organization headquartered in Denver, where he served both as Chief Executive Officer for Integrated Delivery and as President and CEO of the Evolution Health division. His achievements include optimizing the Envision health system’s and managed care delivery model’s transition to value-based reimbursement, and launching national post-acute joint ventures and a bundled payment initiative that exceeded revenue growth expectations.

Prior to Envision Healthcare, Dr. Beck was Medical Director for EMS operations for the City of Chicago and physician faculty at the University of Chicago. Dr. Beck began his professional career training in the UH system as a paramedic and also served as firefighter/paramedic with both the Russell Township and Willoughby Hills Fire Departments.

He earned his bachelor of science degree at John Carroll University and doctor of osteopathic medicine at the Ohio University College of Osteopathic Medicine. He completed his emergency medicine training and chief residency at the University of Chicago Medical Center, his EMS Fellowship with the Chicago Fire Department and earned a master’s degree in Healthcare Management for Populations at Loyola University Chicago Stritch School of Medicine in Chicago. He is active in professional associations, serves on several boards and has maintained part-time clinical practice, attending in the emergency department at University of Chicago Medicine.

Dr. Beck has been recognized widely for his clinical and administrative accomplishments. Last year he was named among the Top 10 Up and Coming Industry Leaders in Managed Care by Managed Healthcare Executive. In 2016, he was one of 12 recipients of Modern Healthcare’s Up and Comers Award, awarded annually to rising leaders under the age of 40.