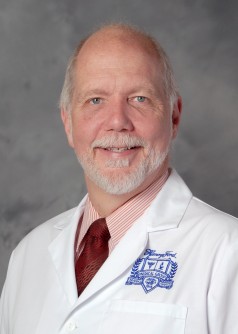 Newswise — DETROIT – Pain is the most common reason a patient sees a physician but few physicians have received adequate training to help their patients, according to a Henry Ford Hospital article published in the Journal of American Osteopathic Association.

An estimated 100 million people in the United States are living with chronic pain, which accounts for up to $635 billion annually in health care costs and lost productivity. A 2011 study found that for every medical specialist, there are more than 28,500 patients with chronic pain.

“It’s a major health care problem,” says Raymond Hobbs, M.D., a Henry Ford Internal Medicine physician and senior author of the evidence-based clinical review article in JAOA. “We have physicians who have been well trained and have been practicing a long time, but didn’t receive training in pain management.”

The article, published in the August edition of JAOA, can be viewed at http://www.jaoa.org/content/113/8/620.full.

Chronic pain, not to be confused with acute pain, persists for longer than three to six months, considered the normal healing time for an injury. Because an injury does not always correlate with the severity of a patient’s pain, physicians often become frustrated trying to objectively pinpoint the patient’s discomfort, Dr. Hobbs says.

“Pain is the most common reason a patient sees a physician. For most patients, the duration of pain is short,” Dr. Hobbs says. “Unfortunately, for some patients the pain never goes away. It is these situations that present physicians with their greatest challenge since few are formally trained in effectively managing pain.”

To understand the patient’s discomfort the physician needs to look not only at the pain, but also how it affects the patient’s life in terms of their psychological, social and cultural contexts, Dr. Hobbs says.

“Negative emotions can increase the perception of chronic pain, whereas a positive emotional state can lead to a better response,” Dr. Hobbs says, referencing a study of patients with chronic, disabling occupational spinal disorders that found 65 percent of patients had at least one psychiatric disorder and 56 percent had a major depressive disorder.

While oral drug therapy can be safely prescribed with patients, Dr. Hobbs says the risk of unintentional overdose is real. From 1999-2008, research shows that more overdose deaths involved opioid medications than heroin and cocaine combined.

Dr. Hobbs suggests prescribing short-acting opioids to establish daily requirements, which then can be used to determine an equivalent dose for long-acting opioids.

“If large doses of breakthrough medications are needed on a regular basis, then the physician should consider increasing the long-acting medications and evaluating whether the underlying problem is worsening,” Dr. Hobbs says.

Dr. Hobbs says a special set of questions called the Opioid Risk Tool can assess the risk behaviors of patients, and categorize them as low, moderate or high risk. Physicians can use this information to more safely prescribe medications. He also cautioned physicians about relying on urine drug screenings.

“Before performing urine drug screening, physicians should understand how to recognize false-positive and false-negative results, as well as how changes in drug metabolism can distort findings,” he says.

Dr. Hobbs offers these recommendations for physicians to help their patients with chronic pain:

• Work in collaboration with a team of specialists comprising primary care, physical or occupational medicine, pain management and mental health.• Patients being considered for oral opioid therapy like morphine, codeine and fentanyl should be screened for substance abuse using a five-point risk assessment tool.• Set a threshold dose of 200 mg/d or less of oral morphine equivalents per day.• Follow the so-called Universal Precaution model that calls for a complete medical evaluation and regular assessments of the four A’s of pain medicine analgesia, activity, adverse effects and aberrant behavior.

“Physicians have a moral responsibility to help their patients,” Dr. Hobbs says. “We also should realize the opportunity we have and to use it to decrease our patients’ suffering and to help restore their quality of life.”