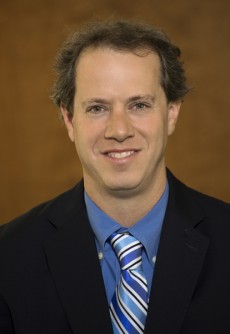 Newswise — ATLANTA—Promoting healthy gut microbiota, the bacteria that live in the intestine, can help treat or prevent metabolic syndrome, a combination of risk factors that increases a person’s risk for heart disease, diabetes and stroke, according to researchers at Georgia State University and Cornell University. Their findings are published in the journal Gastroenterology.

The study, a follow-up to the research team’s previous paper in Science, uses an improved technical approach, making the results more significant.

The research team includes Dr. Andrew Gewirtz, a professor in the Institute for Biomedical Sciences at Georgia State; Dr. Benoit Chassaing, a post doctoral fellow at Georgia State; and Dr. Ruth Ley of the departments of Microbiology and Molecular Biology at Cornell.

“These results suggest that developing a means to promote a more healthy microbiota can treat or prevent metabolic disease,” Gewirtz said. “They confirm the concept that altered microbiota can promote low-grade inflammation and metabolic syndrome and advance the underlying mechanism. We showed that the altered bacterial population is more aggressive in infiltrating the host and producing substances, namely flagellin and lipopolysaccharide, that further promote inflammation.”

Metabolic syndrome is a serious health condition that affects 34 percent of American adults, according to the American Heart Association. A person is diagnosed with metabolic syndrome when they have three of these risk factors: a large waistline, high triglyceride (type of fat found in the blood) level, low HDL cholesterol level, high blood pressure and high fasting blood sugar. A person with metabolic syndrome is twice as likely to develop heart disease and five times as likely to develop diabetes, according to the National Institutes of Health.

Gut microbiota performs key functions in health and when it becomes dysregulated it can promote chronic inflammatory diseases such as Crohn's disease and ulcerative colitis. In addition, altered gut microbiota promotes inflammation that leads to metabolic syndrome.

“We’ve filled in a lot of the details about how it works,” Gewirtz said. “It’s the loss of TLR5 on the epithelium, the cells that line the surface of the intestine and their ability to quickly respond to bacteria. That ability goes away and results in a more aggressive bacterial population that gets closer in and produces substances that drive inflammation.”

Normally, the bacteria are in the mucous layer at a certain distance away from epithelial cells. The researchers showed altered gut microbiota is more aggressive in infiltrating the host and gets very close to the epithelium. This altered population produces flagellin and lipopolysaccharide, which further promote inflammation.

The research team improved the study by comparing mice that were siblings and littermates, making all conditions in the study the same. The mice only differed by whether they were missing a specific gene, TLR5. Previously, the researchers studied mice that were from two different strains and lived in separate environments. In this study, they found the absence of TLR5 on the intestinal surface leads to alterations in bacteria that drive inflammation, leading to metabolic syndrome.

This study was funded by the National Institutes of Health and the Crohn’s and Colitis Foundation of America.